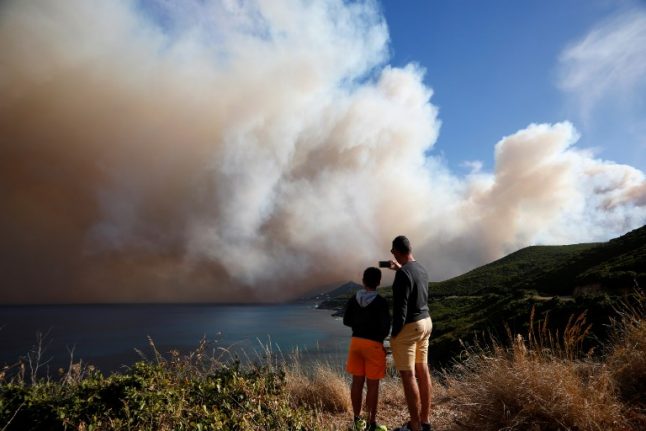 File photo of forest fires in Corsica in August 2017.

The fire, which erupted on Sunday in the north of the Mediterranean island, was still raging Monday, as scores of firefighters battled to put out the flames.

However emergency services say no longer poses a threat to villages in the area. (A picture taken on October 22, 2017 shows the smoke from fires in Palasca seen from Nonza in the Cap Corse)

Rainfall, a sharp drop in temperature and a change in wind direction meant the fire no longer posed a threat to villages nearby, the local emergency service said.

Corsica is regularly hit by wildfires, fanned by strong winds. In March and August this year wildfires destroyed hundreds of hectares of forest (see pics below)