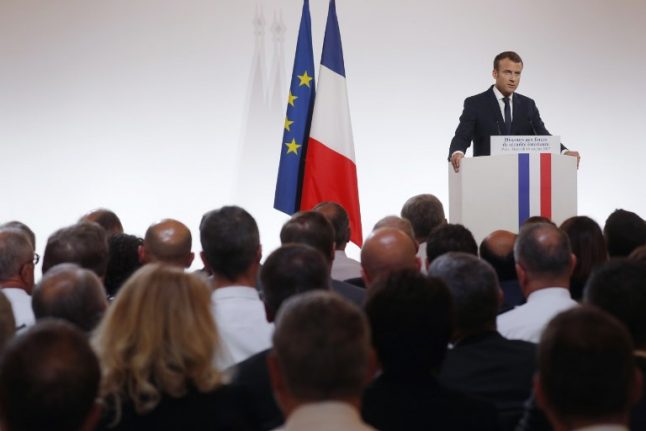 The French parliament on Wednesday adopted a controversial anti-terror bill that gives the authorities permanent new powers to search homes, shut places of worship and restrict freedom of movement.

The new law, which will replace the state of emergency imposed after the 2015 Paris attacks, was approved by the Senate on its second reading, despite campaigners warning of a threat to civil liberties. The legislation, which sparked weeks of intense debate in parliament, makes permanent several of the measures included in the emergency laws enacted after the Paris attacks, in which 130 people were killed.

The state of emergency expires on November 1, after being extended six times.

In a major speech on security, President Emmanuel Macron said the compromise bill agreed by lawmakers would allow the authorities to combat
terrorism “without abandoning our values and principles”.

Addressing an audience of security force members, he urged them to “fully utilise” their new powers.

Under the bill, the authorities will have the power to close religious sites that promote radical ideas, heavily curtail the movements of suspected
jihadist sympathisers and screen people in areas around any event or place deemed vulnerable to attack.

France has been hit by a series of attacks since 2015 by known or suspected Islamic extremists that have left 241 people dead.

Macron said that 13 terror plots had been foiled since the start of 2017.

He said he would bolster intelligence gathering in prisons, which have been a breeding ground for radicalisation, and devise programmes to prevent young people in troubled neighbourhoods from coming under the spell of extremist groups.

Citing the “total absence of economic and social mobility” in the predominantly immigrant suburbs as one of the factors driving youths into the arms of groups like the Islamic State (IS), he said: “We must attack these problems at the root.”

France had one of the biggest contingents of foreign jihadists fighting alongside IS in Iraq and Syria, with around 1,000 nationals estimated to have joined the ranks of the Sunni extremists.

The prospect of their return after the collapse of IS's self-proclaimed “caliphate” is a source of acute concern for the security services.

The new anti-terror legislation has encountered little resistance from the public, reflecting a hardening of attitudes after nearly three years of periodic attacks.

A recent poll found 57 percent of the French were in favour of tougher laws, even if 62 percent of them feared basic freedoms would suffer as a
result.

Apart from being able to confine suspected terrorism sympathisers to their neighbourhoods, the police will be able to carry out more on-the-spot identity checks in border areas, as well as around train stations, ports and airports.

Rights groups have voiced fears that such checks will be chiefly used ,against migrants and minorities, particularly Muslims.

Human Rights Watch criticised what it called a “normalisation of emergency powers” and UN experts raised objections in a letter to the French government last month.

But the bill nonetheless sailed through parliament, backed by Macron's Republic on the Move (LREM) party — which has a large majority — and the conservative Republicans.

France has progressively tightened its legal arsenal to tackle terror threats over the years, passing around 15 different laws since 1986.

The last fatal attack took place on October 1, when an undocumented Tunisian who had recently been released from detention, stabbed two women to death in the southern port of Marseille.

Macron on Wednesday vowed to step up the expulsion of undocumented migrants.

In a separate development, the police this week arrested several people over a suspected rightwing extremist plot to target mosques and politicians, including a government spokesman.