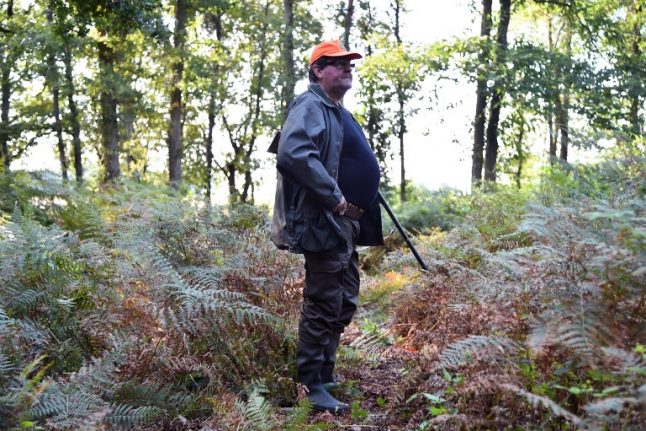 The latest tragic death in this year's hunting season took place in the village of Taussac in the north of the Aveyron department in southern France.

A 69-year-old woman was enjoying the sun in her garden on Sunday afternoon when a bullet, fired by a hunter flew through her hedge and killed her.

The exact circumstances around the incident are not clear but it appears the hunter, who was taking part in a deer hunt, had fired into the hedge after it had attracted the attention of two hunting dogs.

According to reports the 47-year-old told police he had no idea there was a woman in her garden on the other side of the thick hedge.

He was questioned by police on suspicion of manslaughter and an investigation has been launched. The shooter, who called the ambulance himself, was also from the village of Taussac, where locals have been left in shock.

Last year 18 people were killed in hunting accidents in France and 351 have been killed since 2001, but most of the victims were involved in the hunt.

This season already has seen a 70-year-old man killed after a fellow hunter mistook him for a wild boar in the Var department.

In another incident a grandfather killed his own grandson during a hunt in the Vendée, western France.

Although it is rare for someone not involved in the hunt to be killed it does happen, with walkers, mushroom pickers and even motorists killed by stray bullets in recent years.

France’s national hunting office insist that the majority of accidents are carried out by people not respecting the rules of the hunt.

According to La Depeche newspaper 27 percent of hunting accidents in France are due to mishandling of the firearm and 17 percent due to hunters firing off bullets without having identified a definite target.