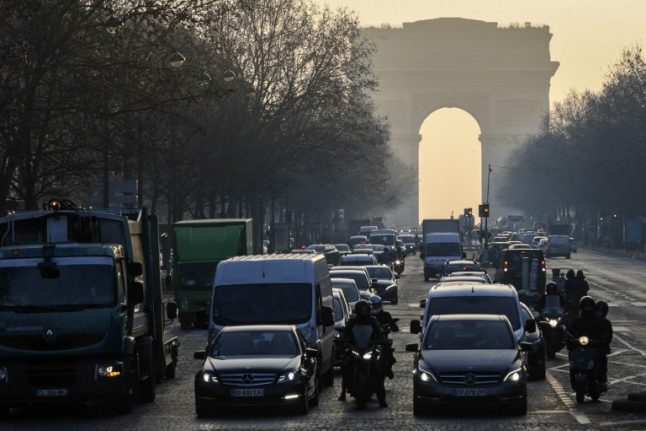 Photo: AFP
The mayor of Paris, who also wants to get rid of diesel cars by 2024, and officials are confident that the ban on all combustion-engine cars wouldn't be too hard to implement.
After all, 60 percent of Parisians don't even own a car, authorities noted.
But with half a million car journeys made in Paris each day, is it realistic?
Is public transport in the French capital good enough?
People who commute into and around Paris every day would be forgiven at raising their eyebrows at the thought of even more people clogging up the city's bus, Metro and RER train systems.
Admittedly, before 2030 hits, there will be improvements on the existing public transport service – with the region's transport authority STIF pledging €1.6 billion to improve the system this year – as well as the inauguration of the Grand Paris Express so-called super Metro.
READ ALSO: This Grand Paris Express represents a massive expansion and update of the rail and Metro network in and around Paris, as well as the planned split of the T4 tramway which will go in the direction of Clichy as well as Montfermeil in the northeastern suburbs of Paris.
Construction on the ambitious project started in May 2016 and is expected to be completed in 2030.
But will this be enough to encourage people to abandon their motors?
“At the moment a lot of the traffic in Paris is made up of people living in the suburbs. It's possible we can convince them to change with an important policy of public transport and having good car parks that allow them to get closer,” engineer and economist Benjamin Dessus told Franceinfo.
The question of accessibility to the stations of the new network is an important one. Will there be large enough car parks at the new train stations? Or efficient bus networks so people can easily access them?
Marc Pelissier, president of the association of transport users in the greater Paris Ile-de-France region, FNAUT, admits he's “a bit worried” about this, adding that the aim of the Grand Paris Express is primarily to link up the suburbs rather than improve access to Paris itself. Pollution in Paris in December 2016. Photo: AFP
Will ditching your petrol car cost you more?
In the greater Paris region, the average annual budget for a car went up in 2016 to €5,897, which accounts for upkeep, petrol and garage. This boils down to an average monthly expense of €490.
For drivers who decide to swap their car for a bike their monthly transport outgoings will be far cheaper. This also goes for those who opt to use the monthly Navigo travel pass which currently costs €75.20 per month (although remember, it won't be that price by 2030).
But while it might be cheaper to stop using a car, the problem is that some areas are inevitably better serviced than others when it comes to the city's transport networks, and for many of those living in the suburbs, cycling just isn't an option.
If you are among this group, remember you can always switch to one of the new electric models.
So, what does the end of petrol cars mean for people living in the suburbs?
“This decision risks reducing access to the capital for those living in its suburbs,” one resident of Val-d'Oise, a northwestern surburb of Paris told Le Parisien.
“If you want to go out in Paris, you need to pay for the train, or, if it's nighttime and there's no public transport, spend more than €50 on a taxi to get home. Not many people are able to do that.”
In a university study, it was estimated “that people who do not have the means to live in the city centre will visit it less and less, making it less accessible. As a result, the centre will become more bourgeois and the inequality when it comes to moving around from the suburbs will be exacerbated.”
On top of that, the cost of electric cars isn't going to be low. Traffic in Place Maillot, Paris. Photo: AFP
Are manufacturers ready?
Yes, they say. Renault will launch 12 new electric car models between now and 2022, eight of which will be “zero emission” models.
Other manufacturers including Ford, which invested $4.5 billion to develop electric cars, as well as Volkswagen, Volvo and Aston Martin have also taken steps in this direction as a result of encouragement from governments around the world, including other European countries and China.
The only problem is the prices, which start at around  €12,000 and can go as high as €70,000 for luxury models.
Is there enough electricity to support the switch to electric cars?
It makes sense that in order to make the switch to electric cars successful there needs to be enough electricity.
But at the moment there don't seem to be any answers on who will cough up the $25-30 billion necessary to fund the charging terminals.
The situation could pose some “real, big problems”, says Dessus, adding “in my opinion, we'll come up against problems of charging and the electricity network in Paris could experience black-outs.” 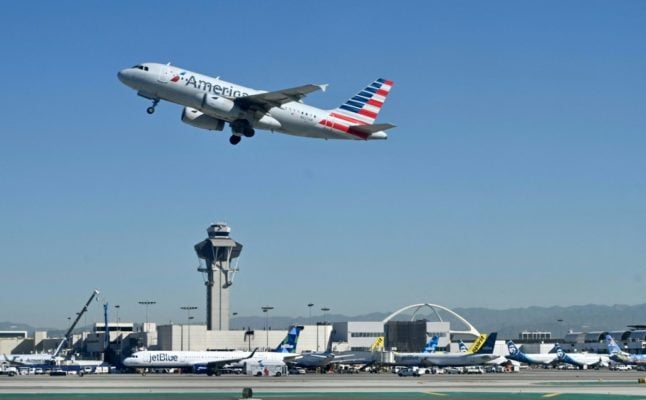