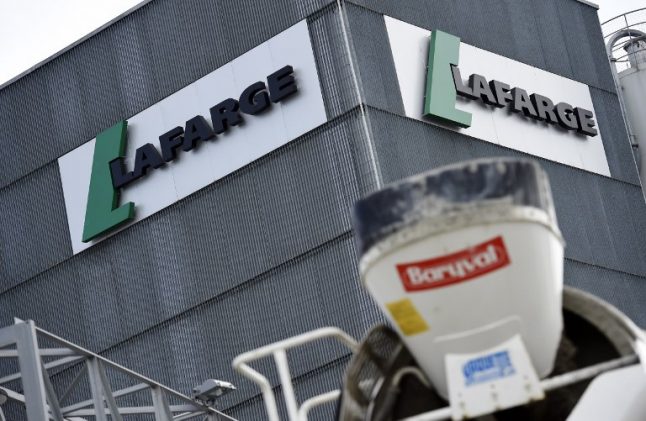 Photo: AFP
Sherpa is one of 12 civil plaintiffs in a case against Lafarge over payments it made to IS and other armed groups to keep its Syrian operations running during the country's civil war.
Lafarge clung on in Syria for two years after most French companies had left. IS eventually took over its northern Jalabiya plant in September 2014.
To ensure protection of its staff between 2013 and 2014, Lafarge Cement Syria paid between $80,000 and $100,000 a month to various armed groups, including $20,000 to IS, according to a source close to the year-old investigation.
Lafarge has admitted to “unacceptable mistakes committed in Syria”.
A senior Lafarge official told investigators the company had the blessing of the government of Socialist then-president Francois Hollande to stay on during the fighting.
On Friday, Sherpa confirmed that it had asked investigating magistrates to question Fabius and two former ambassadors to Syria, Eric Chevallier and Franck Gellet, over the affair.
“It is imperative to look at all those who might be responsible if the state was indeed implicated in this affair,” said Marie-Laure Guislain of Sherpa.
Lafarge's bosses in Paris are suspected of having approved payments to jihadist groups through the use of false accounting documents.
The investigators have heard from four former Syrian employees, one of whom described the pressure local staff came under to remain on the job long after expatriate staff had fled.
Former officials told investigators that the company was keen to stay on to be in pole position for reconstruction contracts when the war ended.
Url copied to clipboard!