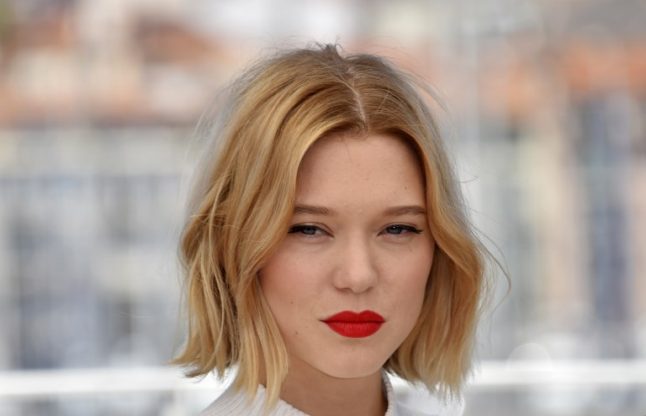 Photo: AFP
Her allegations come after the producer was accused of similar behaviour by Angelina Jolie and Gwyneth Paltrow.
Writing for the Guardian newspaper the French actress, who starred in the 2014 James Bond film Spectre and indie hit Blue is the Warmest Colour, said that she was forced “to defend herself” against Weinstein.
“When I first met Harvey Weinstein, it didn’t take me long to figure him out. He was charming, funny, smart – but very domineering,” she said.
“He wanted to meet me for drinks and insisted we had to make an appointment that very night. This was never going to be about work. He had other intentions – I could see that very clearly.”
READ ALSO:
Photo: AFP“
He’s big and fat, so I had to be forceful to resist him. I left his room, thoroughly disgusted. I wasn’t afraid of him, though. Because I knew what kind of man he was all along,” Seydoux said.
“We were talking on the sofa when he suddenly jumped on me and tried to kiss me. I had to defend myself.”
Like other actresses who have come forward to accuse the producer of sexual harassment and even rape, Seydoux suggests that his behaviour was something of an open secret in Hollywood.
“One night, I saw him in London for the Baftas. He was hitting on a young woman. Another time, at the Met Life ball, I saw him trying to convince a young woman to sleep with him. Everyone could see what he was doing.”
“That’s the most disgusting thing. Everyone knew what Harvey was up to and no one did anything.”
After the allegations began to pile up in light of an article published by The New York Times the producer of the Oscar-winning films Shakespeare in Love, The Artist and The English Patient was sacked by his own production company.
In her article, the actress also hints that this kind of behaviour is pervasive in Hollywood, saying that she had similar experiences with directors she has previously worked with.
Other allegations
French actress Florence Darel also revealed on Thursday that she was harassed by the disgraced producer.
Darel, 49, told French media that Weinstein had promised to help make her big in America if she became his “part-time” mistress.
“He talked to me about a film he wanted to make about World War II and then he began to tell me that he found me very attractive and wanted to have an affair with me,” Darel added.
“I told him I was very much in love with my partner, but he said that that didn't worry him and he wanted me to be his mistress for a few days a year.
French actress Emma de Caunes is also among those who have accused the American film producer of sexual harassment.