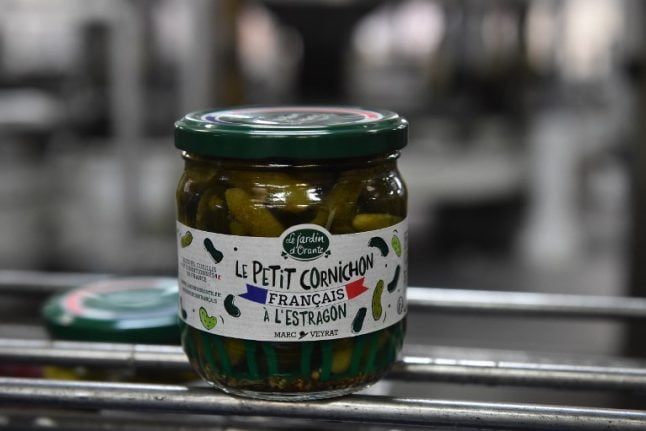 Over the past 25 years, market forces have shifted production of the crunchy pickled cucumbers consumed in France, once an all-French affair, almost entirely to growers in South Asia and eastern Europe.

But a Franco-Swiss company, Reitzel, has found a way to revive an age-old tradition in France by designing a contract that has enticed a small but
growing number of local farmers.

The problem with the cornichon cucumber is that it is not a hardy crop, it is expensive to grow, and it is harvested only once a year in France, compared with three times a year in India. Today some 80 percent of the 60 million jars of cornichons sold each year in France contain produce from India, and around 20 percent are sourced from eastern Europe.

Only a small proportion, destined for the speciality high-end market, use cornichons grown in France.

It's the sort of industry that the new centrist government of French President Emmanuel Macron is looking to revive as it seeks to stimulate the
struggling agriculture sector and promote grown-locally produce.

Currently Reitzel pays one euro (a dollar) a kilogramme (2.2 pounds) to its Indian suppliers compared with five or six euros per kilo to its French
contractors.

“But if the jar (of French pickles) was six times more expensive, you would never sell it, so we lowered our margin,” Bois said, explaining that the only
way to reach a competitive price was with large volumes.

The idea is to recreate a network of French growers that will be “lasting and therefore profitable,” Bois said. “That's the company's philosophy.”

Five farmers have signed up with Reitzel, which this year expects to produce 400,000 jars of made-in-France cornichons under the label Le Jardin
d'Orante, compared with 110,000 last year. One of Reitzel's contractors, Olivier Corbin in the central Sarthe region, said he revived a family tradition.

“On my own I would not have been able to sell cornichons, and Reitzel was looking for growers who already were familiar with the process,” he told AFP.

But Corbin would not have gone into it without a contract that not only locks in a price and minimum volume, but also insures against crop failure.

Last year, Corbin lost nearly half of his crop because of flooding in June.

Reitzel reimbursed him for his inputs and “a little more to compensate for the work put in,” Corbin said.

“The operation would not have been possible without the backing of distributors,” Bois said.

Reitzel's two plants in France produce some 25 million jars a year of bell peppers, capers, corn, dried tomatoes as well as cornichons, with a turnover in 2016 of 34 million euros ($40 million)

“Today, with the French cornichons, we are flirting with one percent of the market and the hope is to reach 10 percent within a decade” by doubling production each year, Bois said.

But there is also the public awareness aspect, he said. “We have to get consumers who buy without thinking to understand the difference.”