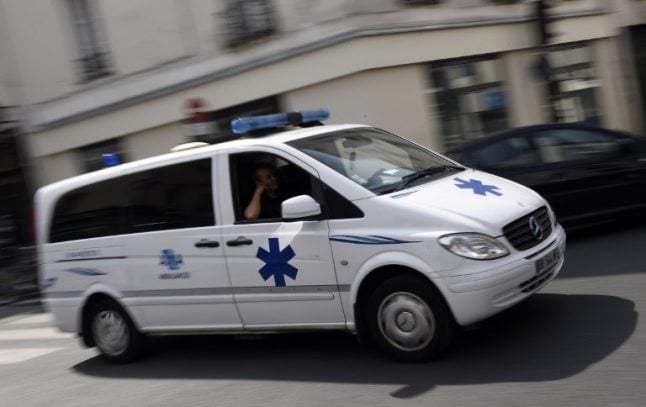 Both the 47-year-old father and his daughter died on the spot after the fall from the window in the hotel in the 11th arrondissement where the man worked.

Images of the boy hanging on for his life outside the window as he waited for firefighters to rescue him were shown on BFM TV. “There was this man with his two children, one in each arm” at the window, an eye-witness identified only as Hélène told Le Parisien newspaper.

“What sickens me is that the kids didn’t want to die… The little girl really didn’t want to. She desperately resisted, she tried several times to get back (into the room) by grabbing on to the bars of the window, and the boy did too,” she said.

All the while around 20 people on the street below watched helplessly as the drama unfolded on Thursday afternoon on the Rue des Boulets.

A few moments later the father finally jumped, taking the girl with him.

According to the witness Helene, the girl landed on mattresses that onlookers had placed on the pavement in the hope it would break her fall. But she did not survive the impact. Her father also died instantly but the boy was spared after his T-shirt got caught in the guttering.

“The little boy was held up by his T-shirt and had one knee on the ledge,” said Hélène. “The people were shouting up at him: ‘Don’t move, don’t move!’ He didn’t move. He was really lovely, the poor little kid.”

Firefighters eventually broke down the door the hotel room and pulled the boy in off the ledge.

The identity of the father, who had worked at the hotel for 10 years, has not been made public.