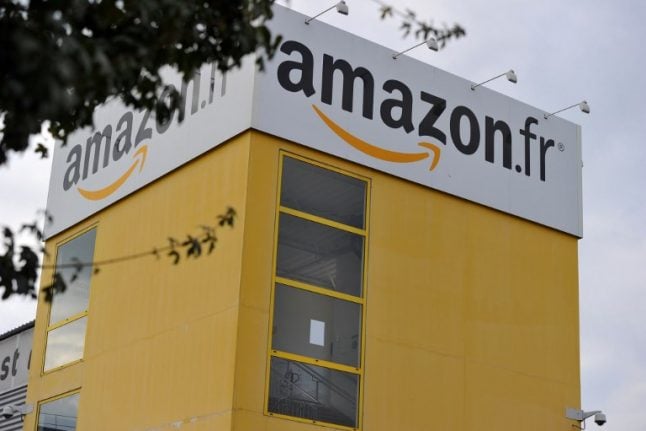 Photo: AFP
The firm is reported to be looking for 15 locations for its brick and mortar shops, mostly in the Paris area, and aims to open them within the next two years, Le Monde said.
The paper said the shops would be based on the company's Amazon Go physical stores – which allow completely check-out free shopping by customers using smartphones – which it is currently testing out on its employees at its headquarters in Seattle.
Amazon has not officially confirmed its plans for France, but Le Monde and other media report that it also approached French distributors with a view to forging partnerships or making an acquisition in France.
Such moves would be in line with its aggressive expansion into the physical retail space in recent years which this summer saw it acquire the US grocer Whole Foods for $13.7 billion.
But Amazon’s approaches to French retailers got a negative reaction.
“They approached everyone but did not receive any positive feedback,” one distributor told Le Monde.
One of those reportedly approached was the highly profitable Monoprix retail chain, whose parent company is Groupe Casino, but it was told that Casino had no intentions of selling.
Amazon also reportedly approached the supermarket chains Intermarché et Système U and got a similarly negative reply there.
Thierry Desouches, a spokesman for Système U, said he doubted any French distributor would partner with Amazon.
“It would be like letting the wolf into the sheep pen,” he told told BFMTV.
Amazon continues to expand operations in France with President Emmanuel Macron inaugurating a new logistics centre in Amiens this week, which will employ 500 permanent staff.
The internet giant has also announced it will open a 142,000 delivery warehouse  in Bretigny-sur-Orge, which will serve the Paris region. The company says some 1,000 permanent jobs will be created.