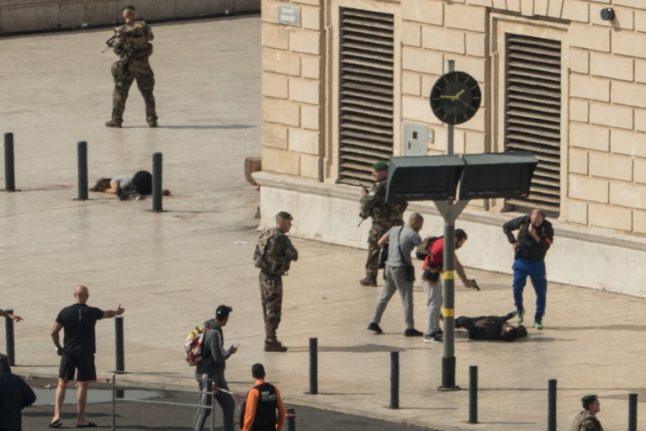 Photo: AFP
“The investigation is under way and we do not really have links today or proof of any ties when this person was in Tunisia with terrorist groups or Daesh,” he told reporters after talks with his French counterpart Edouard Philippe, using an Arabic acronym for the Islamic State group.
IS claimed responsibility for last Sunday's attack in Marseille, saying the assailant, 29-year-old Ahmed Hanachi who stabbed to death two young women before being shot dead, was one of its “soldiers”.
READ ALSO
“We were also shocked in Tunisia as we were also victims of three terrorist attacks in 2015 and we as a society are completely opposed to these terrorist groupings,” the Tunisian premier said.
The assailant's friends and family members in Tunisia have dismissed any notion that he was motivated by jihadist aims, depicting him as a heavy drug user who had lost his way.
According to his father, Noureddine Hanachi, he left Tunisia for Europe at the age of 17 but often visited the family home in Bizerte, north of Tunis.