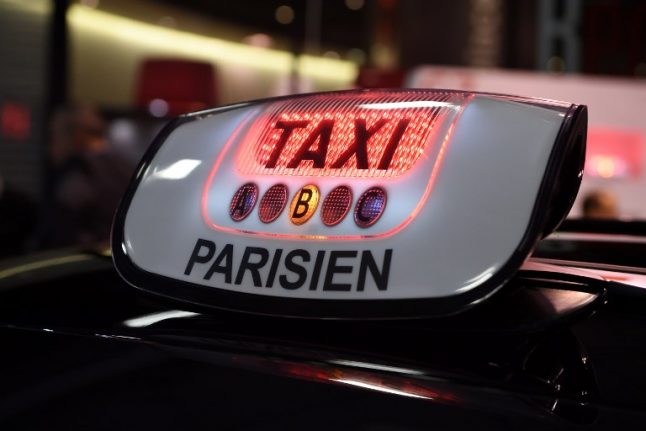 Photo: AFP
The Estonian start-up, which has rapidly spread across Europe, Africa and the Middle East since its launch four years ago, says it has more than 2,000 drivers ready to hit the streets of Paris this week and has a list of 3,000 more waiting to sign up.
That will still be far less than the thousands currently working for Uber in the French capital, but Taxify says it will be pushing hard to quickly provide a better alternative to the US behemoth and aims to conquer a third of the market within a year.
The company is financially backed by Didi Chuxing, the Chinese ride-sharing app that forced Uber out of China.
“Paris is essentially dominated by one American company,” CEO Markus Villig told AFP.
“We want to prove that European companies can also come in and gain a significant market share and show some competition,” said Villig who founded Taxify when he was a 19-year old student.
It will provide an almost-identical service to Uber and other ride-sharing apps but promises lower fares.
“Taxify will take 15 percent commission (from drivers), while Uber takes 25 percent,” said Taxify’s 23-year-old CEO and co-founder, Markus Villig.
“That will enable drivers to earn more and be more happy. And a happy driver makes for a happy customer,” he told Le Parisien newspaper.
Uber's drivers in Paris have protested in the past about the treatment from their bosses, notably in October 2015 when the company announced a 20 percent fare reduction in a bid  to fight off competition from other ride hailing apps.
“Uber's near monopoly allows it to play around with the flat rate without a care for the livelihoods of its chauffeurs,” Mohammed Rabi, spokesman of the Uber drivers union said at the time. Taxify’s 23-year-old CEO and co-founder, Markus Villig.
Taxify already operates in 19 countries around the world and claims a total of around three million users, and France is now the next country on its hit list.
“Paris is one of the biggest markets in the world (and) it is extremely important for us to be there,” said Villig, whose firm plans to launch other French cities over the coming months.
But French taxi drivers, who have fought bitter battles with Uber, plan to throw a spanner in the works of the Estonian firm.
The National Taxi Drivers Union (UNT) has said it plans to file a legal complaint that argues that the name of the new app – Taxify – may confuse customers and lead them to think they are hailing a regular taxi.
Taxify had a rocky start when it launched in London last month – it was quickly ordered to suspend operations there  in response to an investigation launched by the city’s transport authority.
Transport for London said the company lacked the proper private hire licences to operate in the city but Taxify has appealed and as vowed to be back online as soon as possible.