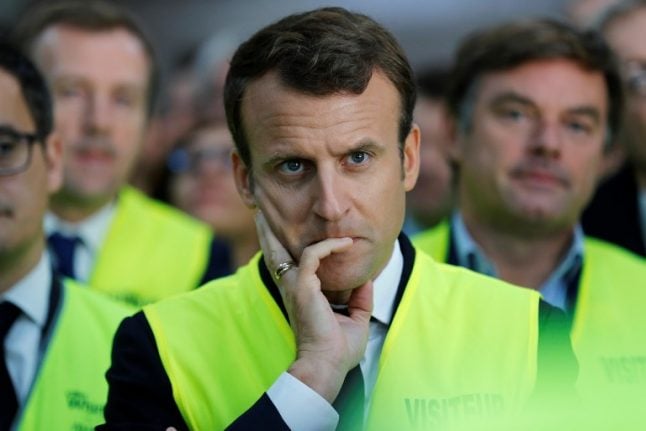 Can the former investment banker Emmanuel Macron really make the French celebrate wealth in a country where 48 percent of people admit they don’t even like talking about their earnings and where some 80 percent believe being rich is frowned upon in their society?

He faces a fierce battle and indeed has already run into resistance.

He was blasted as a “Hero to the rich” by left wing newspaper Liberation after his government had unveiled its budget for next year which included a series of tax cuts for the country's richest households, notably a reform of France's fortune tax (ISF) which will see many of the country's most well-off households exempt. The government's plan to eliminate tax on luxury items such as yachts, speed boats and race horses had union leaders calling Macron “the president of millionaires”.

While a president in the United States might appreciate these titles, it’s very much a disparaging remark in France where wealth has long been viewed with suspicion, dating back to the time when aristocrats had their heads chopped off.

But the new, young, dashing and wealthy president intends to change all that.

“Macron wants the French to celebrate wealth and he wants business leaders in France to be celebrated and looked up to as role models,” said Adam Plowright, journalist and author of the new book The French Exception: Emmanuel Macron -The Extraordinary Rise and Risk.

But Plowright says the challenge Macron is taking on is highly risky in a country where egalité is one of the founding principles and there has long been “huge suspicion of business owners and capitalism among a huge section of the population, linked to the Revolution and the influence of Marxist thinking and Catholicism.”

“France is not the US. Business leaders here are more likely to be hate figures than role models. But Macron wants to change all that,” he said.

The president’s attitude towards wealth is a far cry from that of his predecessor François Hollande who once famously declared “I don't like the rich”.

Macron made waves and enemies among his then colleagues in the Socialist government when in 2013 he said he wanted “young French people to dream of becoming millionaires”.

“Macron's attitude to wealth and money is very different to other French leaders,” says Plowright. “He's extremely relaxed about people getting filthy rich as long as they pay their taxes.” That’s perhaps not surprising given that Macron himself became filthy rich in his former role as a Rothschild banker.

When the recent tax cuts were announced the reaction among many in France was simply: “Are you really surprised?”

Macron, the former banker was accused of looking after his own kind, a slight that Plowright believes is a somewhat unfair.

“Macron had a very clear idea of what needed to change in France and part of that is the way it is seen by investors and businessmen,” he says. “For Macron the key is to make France an attractive place to do business.”

Hence the president's wooing of London's rich bankers, whom he hope will head across the Channel once Brexit goes through. He also hopes the thousands of French millionaires who reportedly head abroad each year will be persuaded that will feel more welcome at home in future.

But he would be wise not to go too far to turn France from what he once described as “Cuba without the sun” due to the high taxes, into London-upon-Seine.

“Macron has to be extremely careful because he's an investment banker from pretty exclusive social circles and has spent most of his life surrounded by winners,” said Plowright added.

The president hasn't been too careful up to now and has made blunders that have only fuelled the opposition's claim that he represents the rich few and not the many. He drew criticism for once telling a man who had commented on his nicely tailored suit that the best way to afford his own suit was to work.

He also sparked ire when opening a new start-up hub in a converted railway depot he said: “A station is a place where we meet people who succeed and people who are nothing.”

And most recently he gave ammunition to street protesters when he vowed he would not yield to the “lazy” in his battle to push through labour reforms. Revelations the Eylsée was spendng €10,000 a month on the president's make up also didn't help.

In fact Macron need only look at Sarkozy to realize the danger in France that comes with being dubbed the “president of the rich”.

Because it was Sarkozy who was last given that title after a string of tax cuts for the rich in 2007 and he ended up being voted out after one term after becoming somewhat of a hate figure. Sarkozy was dubbed the “bling bling president” by the French voters, who never really forgave him for his extravagant election victory dinner in swanky Champs-Elysées restaurant or holidaying on a yacht shortly after.

Macron for the moment will probably be fairly comfortable with being called “the president of the rich,” and will still believe he can win his gamble to transform France and the mentality of its people.

“He’s in an incredibly strong position to push through his domestic agenda, given his big majority in parliament,” says Plowright.  “He was elected with a clear programme and there’s no reason why he shouldn’t carry on systematically implementing what he said he would do.”

“He has a huge opportunity to change France, but that doesn’t mean he won’t face resistance.”