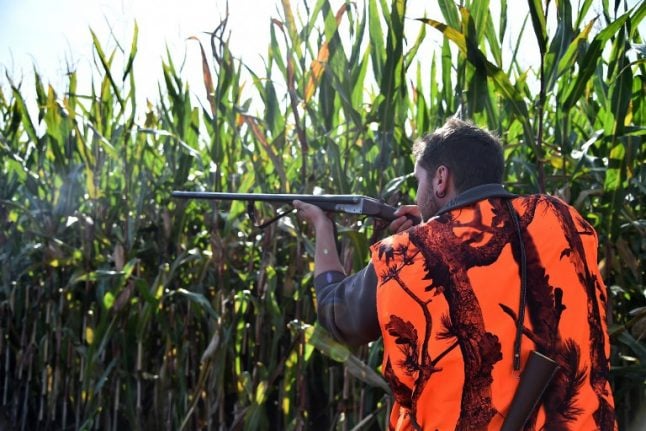 AFP
The hunter, who is in his thirties, fired three times at an object he saw moving in a wood in  Seillons-Source-d'Argent in the Var department in southern France.
But the target turned out to be a man in his seventies, media reports said.
The hunter was taken into police custody and breathalysed but the test showed he had not been drinking alcohol.
“We are currently trying to find out what exactly happened,” said Ivan Auriel, a local prosecutor.
“We have not so far determined what the real intentions of the killer were,” he told Var-Matin newspaper.
Police have opened an investigation into the death that occurred during the hunt on Monday evening. The opening of the hunting season in mid-September was marred when a 13-year-old boy was shot dead by his own grandfather.
The boy, who had joined a hunt in the Vendée department in western France, died after being shot in the head.
A child was badly injured the same day during a hunt in the Var department.
READ ALSO
In the hunting season that ended on May 31, a total of 143 accidents were reported, with 18 deaths, according to figures from the National Hunting and Wildlife Agency (ONCFS).
That figure was up from 10 deaths the previous season, but overall the number of accidents has been on a downward trend in recent years.
Accidents are usually caused by hunters failing to respect basis security rules, such as firing at targets that have not been clearly identified or firing in the direction of a road of residential areas, the ONCFS said.