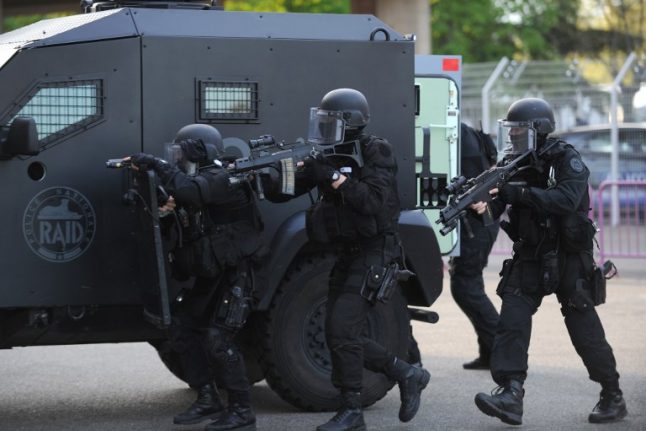 The bill allows the top government official in each of France's regions to order the closure of mosques, churches or other places of worship for six
months if preachers are found to have incited attacks or glorified terrorism.

Investigators will not be required to provide proof of radical preaching or writings. The venue can be closed on the basis of the “ideas and theories”
circulated among devotees.

The management of the religious site will have 48 hours to appeal the closure. Non-compliance will carry a three-year prison sentence and fine of 45,000 euros ($53,000).

The authorities can seal off areas around a place or an event, such as a concert, that they deem vulnerable to attack.

People wanting to enter the area will be subjected to searches by the police or private security guards.

The bill gives the police more powers to carry out stop-and-search operations — one of the most controversial elements which rights groups fear
will lead to harassment of ethnic minorities and Muslims.

The bill expands that to include areas around train stations as well as a vast swathe of territory around international ports and airports, up to a radius of 20 kilometres — a provision that could include a large section of the mainly immigrant Paris suburbs.

The bill allows the interior minister to place suspected jihadist sympathisers who are not accused of a specific crime under a loose form of
house arrest, without the prior approval of a judge.

Under the state of emergency, the individual was confined to his or her home.

The “individual surveillance measures” contained in the bill, which can last up to a year, allows the individuals to go beyond their front door but they must remain with the boundaries of their town or city.

If they want to go further they have to wear an electronic bracelet.

They have 48 hours to appeal the restrictions to a judge and must report to the police once a day.

A local police chief can ask a judge for a warrant to search — the bill uses the term “visit” — the homes of people with suspected terror links for evidence.

The person whose home is searched can be held for four hours, during which documents, data and objects can be seized.

Under the state of emergency, the police have had the power to raid homes without a judge's green light, including at night.

A civil servant working in an area related to security or defence can be transferred or even dismissed from the public service if he or she is found to
hold radical opinions.

Soldiers can also be discharged for similar motives.

The bill transposes into French law an EU directive allowing security services to access the travel data of airline passengers and provides for the creation of a similar system for maritime travellers.

The bill allows the intelligence agencies to continue to use algorithms to tap into phone and email communications to try detect suspicious behaviour.