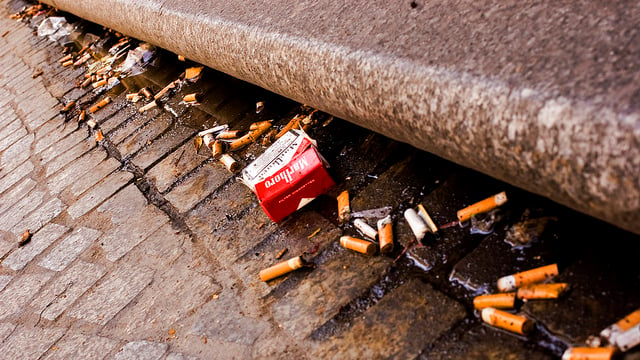 Paris's crackdown on incivilities such as peeing in the street, littering or failing to clean up dog mess is reaping rewards, at least financially.

Paris Mayor Anne Hidalgo revealed this week that the number of fines for handed out to “uncivil” locals has shot up by 118 percent – more than double the amount handed out in 2016.

In the first nine months of 2017 some 65,103 Parisians were hit by fines for various uncivil offences such as tossing the butt of their Gauloises cigarette on the pavement or failing to clean up the crottes de chien left by their pooch.

The steep rise is mainly due to the creation of a crack team of “incivility police” that Hidalgo sent out to stamp out bad street etiquette in December last year. As she opened their new headquarters in the 15th arrondissement this week Hidalgo said: “We want to make everyone understand that the city is our common space and we must take care of it… We are there to pull them back into line.”

Hidalgo acknowledged that the habits of Parisians are changing but not always for the better.

“The picnic culture is good, but leaving the rubbish behind is a very bad habit,” she said. “

But what will no doubt also please Hidalgo is the money that rogue Parisians have contributed to City Hall’s coffers. Some 90 percent of the fines handed out were worth €68, which by our calculation equals €3,9 million.

The capital’s “incivility brigade”, otherwise known as the Direction of Prevention, Security and Protection (DPSP) will soon add another 1, 300 agents to its already 1,900- strong force.

After cracking down on bad street behavior the force will also focus its attention on bad driving habits of the locals.

Whether it’s not respecting bad parking, cars going into bus lanes or cyclists riding on the pavements, Parsians better watch out, or be prepared to cough up.