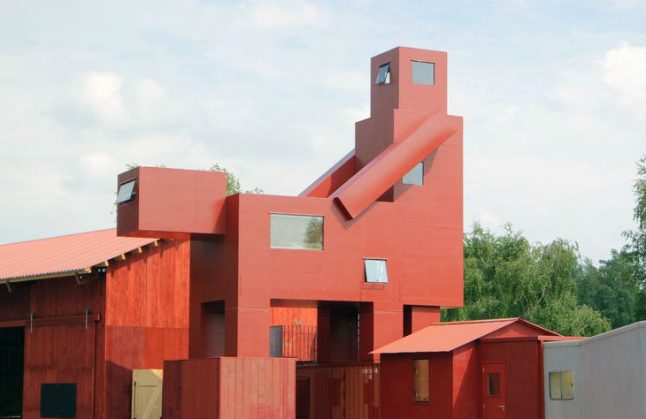 The sculpture, entitled Domestikator and put together by the collective Atelier Van Lieshout, shows what appear to be a box-shaped human in a sexual act with a box-shaped animal or just perhaps another person.

The 12-metre, 30-tonne piece, which has been shown in Germany over the past three years, was supposed to go on display in Paris from the 19th of October until the Louvre heads changed their mind.

The director of the iconic Paris museum, Jean-Luc Martinez, sent a letter to the organisers of the art show saying the work “had a brutal aspect”.

“It risks being misunderstood by the visitors to the gardens,” he added, reported Le Monde newspaper.

The organisers of the art event, the Fiac contemporary art fair, said not displaying the art was damaging for the other artists involved”.

France has played host to a series of clashes between art and sex.

In 2015, a massive sculpture, supposedly representing the “vagina of a queen”, was vandalised after it was installed on the gardens of the historic Versailles Palace.

In 2014, US artist Paul McCarthy caused outrage among Parisians for a piece called Tree that had a strong resemblance to a butt plug. A passer-by slapped the artist in the face after the sculpture was erected.

The same year, many heads turned when the Musée d'Orsay released a promo video for an exhibition on the influence of unrepentant libertine Marquis de Sade.

The video saw dozens of people lie naked on the floor, all intertwined in a writhing, squirming mess, as arms reach up grabbing and groping at the bare flesh. See the video here.