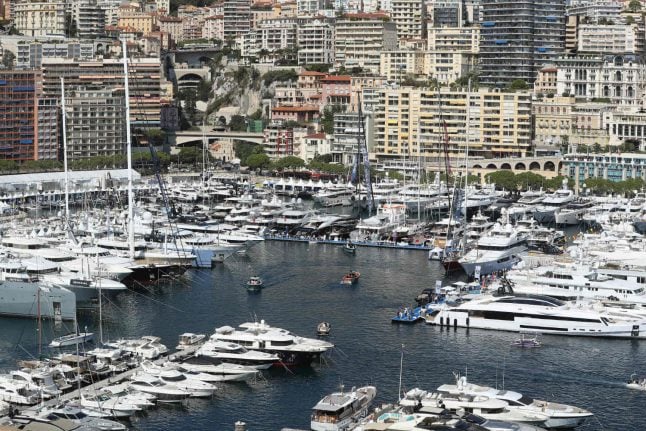 The new centrist government of Emmanuel Macron wants to replace the wealth tax with one that will apply only to real estate as of January 1st.

Economy Minister Bruno Le Maire says the tax cuts are designed to stem an exodus of entrepreneurs and millionaires.

But lawmaker Joel Giraud of the ruling En Marche party said that while “the new tax structure… will add liquidity to the economy there are aspects that should be reviewed.”

Speaking to Paris daily Le Parisien, he said: “A yacht is for showing off, it's not productive for the economy,” adding: “Symbols like that should be much more heavily taxed.”

Under the reform, possessions such as yachts, private jets, race horses and luxury cars would no longer be subject to the Impot sur la Fortune (ISF) wealth tax.

Some 350,000 French households currently pay the wealth tax, which applies when the individual's combined property is worth 1.3 million euros ($1.53 million) or more.

It is to be replaced on January 1st by a tax on real estate, an Impot sur la Fortune Immobiliere (IFI), though investments in property shares will not be taxed.

The reform is also aimed stimulating economic activity and encouraging the wealthy taxpayer to invest in the “real economy”.

But it will cost the government nearly 3.2 billion euros ($3.78 billion) in lost tax revenue, to the dismay of leftist lawmakers and unions.

Some En Marche lawmakers fear the measure will look too much like a gift for the wealthy.

Benedicte Peyrol, who is a member of the National Assembly's finance committee, said they hoped to “find a way” for luxury items to “be a part of the state budget.”

“The IFI has a clear basis and that's real estate,” he told the committee. “I oppose complicating the IFI by adding yachts, luxury cars, jewels and why not wine cellars.”

Macron, speaking to the media after a European Union summit in the Estonian capital of Tallinn on Friday, brushed off criticism that the tax changes favoured the rich and boosted inequality.

“We want to reward work better, to help people to succeed,” he said.

“We need talent. France has a fiscal structure which is no longer the best, and successful talent has fled in large numbers. This will make them come back,” he said.

“We are going to invest 15 billion euros ($17.7 billion) in training, particularly for people who are the least qualified — that's real social policy,” he argued.