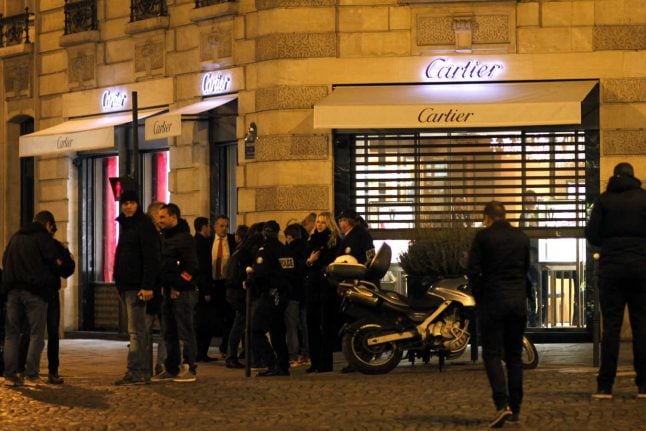 The court, and the prosecution team, made a clear distinction between the two crimes.

“What is a successful robbery? It is when you don't need to use any weapons. That's class,” the public prosecutor said.

That “class” was on display during the first robbery in the De Beers outlet in the massive Printemps department store in central Paris in February 2013.

There were no breakages, no injuries, just the calm purloinment of 24 jewels worth a total 3.78 million euros (4.5 million).

In contrast, the robbery at the Cartier store in November 2014 swiftly descended into violence and gunfire.

The thieves, having fled the store with eight million euros worth of jewellery, were hotly pursued by police.

There were shots exchanged, hostage-taking and an officer and one of the robbers were injured before two of the perpetrators were arrested.

The similarities in the two operations led investigators to charge the thieves over the “classy” operation carried out almost two years earlier.

The court heard that he fired seven shots as he attempted to evade police following the Cartier robbery.

His cousin Youssouf Fofana, 25, was given seven years for the De Beers heist.