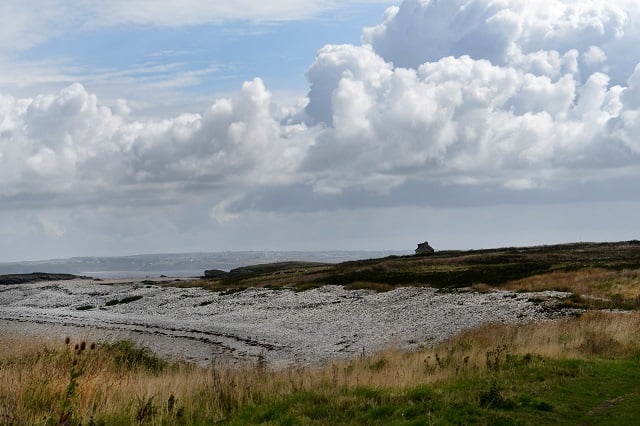 Unfortunately for anyone interested, applications to live on the island of Quéménès, close to the Brittany coast, closed at 6pm on Tuesday evening.

The unique opportunity was advertised by the French coastal protection agency Conservatoire du littoral from mid-June. “We received around 60 enquiries and 40 applications, but only 15 or so of those were serious,” Isabelle Gay, the Finistere area manager for the Conservatoire du littoral, said speaking to The Local.

“Some sent us a simple cover letter, others sent a more complete application. All the profiles are very different: everything from young couples, to singletons, families, retired couples.”

Dutch and Belgian couples had made enquiries about living on the island, said Ms Gay, but the shortlist is now only down to French citizens.

Those on the shortlist will have to make it through a rigorous selection process.

A panel of seven or eight French conservation agency’s members and its partners will have to be convinced that the chosen inhabitant can survive and live happily on the island which is part of the Molène archipelago.

“We are particularly looking for people who can live in an isolated area, but also welcome the public to the island,” Ms Gay said.

Residents who'll make the island their home for at least five years or more would be ideal, she added.

Soizic and David Cuisnier, the couple who live on the island now, made the decision to leave in May. The Cuisniers were given the keys to the island ten years ago, and have since expanded their family with two children: seven-year-old Chloé and five-year-old Jules.

Accessible only by boat, the parents decided to leave to let the children get to school more easily.

But they also fell out with the agency over rent.

The agency charges a yearly €7,000 ‘licence fee’ to live on the island, and the inhabitants are expected to look after the farm: growing potatoes, collecting seaweed, rearing Ouessant-breed lambs.

On top of that, they will also have to run a small B&B which is open from April to October, where they can earn a little income.

Before the Cuisniers made Quéménès their home, the island had been inhabited since the 19th century and was owned for 40 years by one family until they sold it to the Conservatoire in 2003.

Marie-Thérèse Darcque-Tassin, whose family lived there from 1953 to 1993, told FranceInfo life there was “atypical and tough but I’m proud of it”.

For some, living on a remote island off the French coast sounds ideal.

So the french government is looking for a couple to live on their own island. Where can I apply! #dreaming #quéménès #pickme

While others might say there's nothing worse than being stranded on an island, far from civilization.

The announcement on who will be Quéménès new residents is expected to be made in October or November.