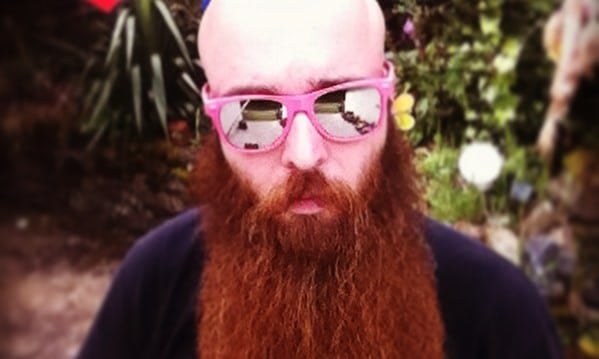 With a long red beard, 38-year-old Gal Vallerius was stopped by agents from the US Drug Enforcement Administration in Atlanta as he travelled to Texas for the facial hair world championships.

The French-Israeli is accused of being a drug's kingpin and administrator of the dark web marketplace Dream Market, acting under an online pseudonym “OxyMonster”.

Dream Market has more than 94,000 adverts and posts offering users the opportunity to buy heroin, cocaine and LSD.

The United States police spent months analysing the posts of “OxyMonster” in an effort to catch the user, and Mr Vallerius’ posts on social media were found to use exactly the same linguistic patterns.

When the police opened up the Frenchman’s tablet, they found all the administrator passwords for Dream Market.

Since Mr Vallerius’ arrest on 31 August, international judiciary police officers in Rennes have raided one of his homes in Plusquellec, in the Côtes-d'Armor region of north west France and found no evidence.

However, when they raided a second property owned by the Breton man, officers found 50,000 euros in cash and drugs.

According to the Guardian newspaper Vallerius, who was visiting the US for the first time, had registered for the “full beard 30.1-45cm” category at the championships.

This year’s event had 738 competitors from 33 countries.