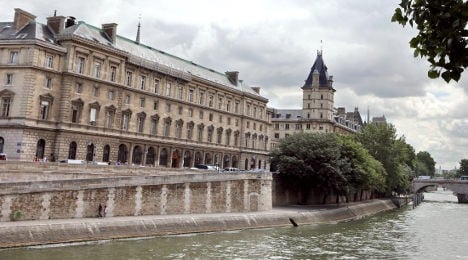 Paris police HQ where the alleged rape is said to have taken place. AFP

The woman, who was allegedly assaulted by the officers in April 2014, won her appeal to see the case brought back to court after judges threw it out last year.

“This decision restores the dignity of my client, who has been dragged through the mud during this investigation,” her lawyer Sophie Obadia said.

“The judicial authorities have finally recognised that this woman, who is a foreigner and in a vulnerable position, has been sexually abused.”

The defendants, both members of the elite BRI force which deals with serious crimes, could appeal Thursday's ruling.

In a case that shook the French police force, the two off-duty officers are alleged to have met the woman — who was drunk and on drugs — at an Irish pub across the road from their headquarters on the River Seine.

The policemen, aged 39 and 48, are accused of taking her back to visit the offices and raping her.

One of the officers says he had “consensual” sexual relations with the woman. The other denied having any relations with her, before saying there had been “reciprocal touching”.

The men's DNA was found on the tourist's underwear, along with that of another unknown person.

A major operation to take DNA samples from police was carried out in September 2015, but no third suspect was found.

Prosecutors argued in June 2017 that the woman's “free and cheerful behaviour” did not indicate consent.