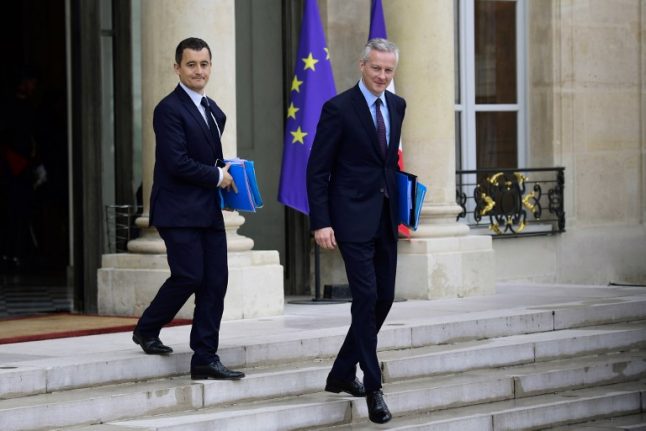 The government of Emmanuel Macron unveils its first budget Wednesday as the young president seeks to kick-start the French economy with a business-friendly agenda.

The 39-year-old centrist is under pressure to balance an array of priorities, including boosting growth of 1.7 percent and lowering unemployment
currently stuck at around 9.5 percent — about twice that of Britain or Germany.

On Tuesday, Macron set out his vision for far-reaching reforms of the European Union as new figures showed the number of jobless in France had risen once again in August. But to earn credibility with German Chancellor Angela Merkel and other leaders he must show that France — which aims to bring its deficit within an
EU limit of 3 percent of GDP this year for the first time in a decade — can lead by example.

But the former investment banker is also eyeing tax cuts for companies and families worth a total 10 billion euros, leaving his government with less cash
to plug the shortfall between spending and revenue.

And those estimates are too ambitious according to the independent council charged with evaluating budget items (HCFP), which said the new measures
represent about seven billion euros worth of tax cuts.

Prime Minister Edouard Philippe has warned there will be tough choices in the new budget, saying last month that he was “not here to be nice”.

Cuts to housing subsidies and defence spending announced this summer have already seen some voters sour on the new president, whose ratings have tumbled
since he came to power in May.

His aides may be hoping for a boost from plans to reduce household taxes for some 80 percent of households, a move the government hopes will spur
consumer spending.

The social security budget is set to be pared back by a 5.5-billion-euro cut next year, according to government sources.

Nearly 1,600 civil service jobs will be axed, a fraction of the 120,000 public jobs Macron wants to axe by the end of his five-year term.

Macron came to power on a promise to make France a more attractive destination for investment.

He began his presidency by pushing through reforms to the country's famously complex labour laws.

He also wants to cut corporation tax to 25 percent by 2022 — down from 33 percent currently.

At the same time, the budgets of several ministries, including the defence ministry, are set to rise in 2018.

Defence spending has been a sore point with the military in recent years.

The head of the armed forces sensationally resigned his post this summer in a blazing row with Macron over cuts to defence spending in 2017.

Macron, who has come out swinging against the US decision to quit a global climate pact, is also expected to include several greening measures in the
budget.

The environment was at the centre of a 57-billion-euro investment fund unveiled Monday that includes cash incentives for drivers to scrap heavily
polluting cars.