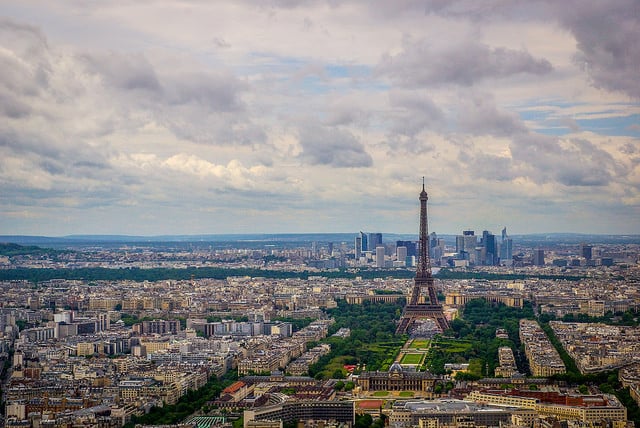 All of the 385 municipalities in Paris and its wider region were ranked by Le Parisien newspaper on more than 30 different criteria, including transport links, cost of living, education, and healthcare.

And the results are in and there was perhaps a surprise winner. (Or at least there was for us)

According to Le Parisien's ranking, the suburb of Charenton-le-Pont to the south east of Paris is the best place to live in the greater Paris region, known as Île-de-France.

The family-friendly suburb to the south of the Bois de Vincennes park was judged to offer the best quality of life to its residents, receiving a score of 80.1 out of 100.

Built on the ruins of a Louis XIII castle, château de Bercy, the town is a stone's throw away from the picturesque Lac Daumesnil.

The tranquil town is nevertheless well-connected to Paris by metro line eight and has the shopping centre Bercy 2 nearby.

In another boost for Paris's much-maligned “banlieue”, another suburb outside the péripherique ring road came in second – the exclusive area of Neuilly-sur-Seine, close to the La Défense business district, was scored 78.4 out of 100.

Third place went to the 5th arrondissement of Paris on the Left Bank – home to the Sorbonne, the Latin Quarter and the Pantheon.

And the 8th arrondissement, which includes the Arc de Triomphe, the Champs Élysées, and plenty of designer clothes shops, came in fourth.

The top five was rounded off by the town of Sèvres, a town to the south west famed for its porcelain production.

Le Parisien mostly judged towns outside of Paris’ péripherique to be the best places to live.

In fact, only six of Le Parisien’s top 20 places were arrondissements. 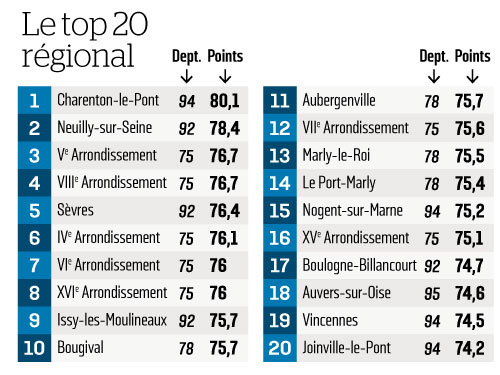 Charenton residents were pleased to see their area top the list.

One wrote: “Proud of this ranking! Charenton is my home town.”

Others were not so pleased with the winner.

As one Twitter user said: “Despite the peripherique, the A4, the SNCF railway tracks, and dull town planning, Charenton is Le Parisien’s best place to live in the Île de France.”

Do you agree with Le Parisien’s ranking or do you think your area was completely overlooked?