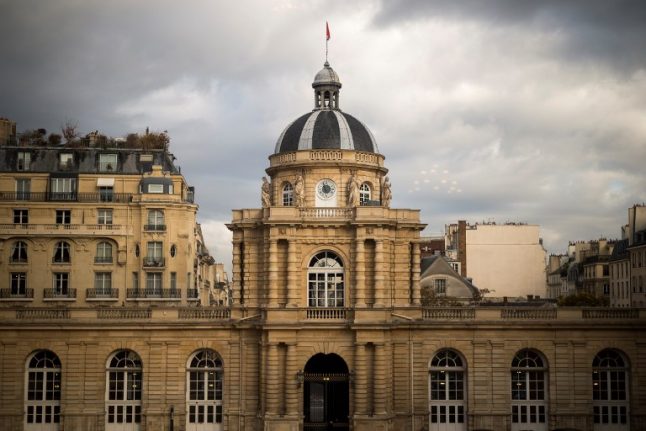 Results from the vote to renew 171 of 348 seats left the French president's Republic on the Move party (LREM) with a group of only 28 senators.

The outcome, which is not expected to significantly impact Macron's ability to push through his economic reform agenda, came after months of falling approval ratings for the 39-year-old head of state.

But after a week in which he signed into law one of his signature economic reforms — an overhaul of rigid French labour laws — a new survey Sunday brought more positive news.

A poll published in the Journal du Dimanche newspaper showed 45 percent of respondents approved of his presidency, up from 40 percent last month.

French senators are elected by 76,000 local and national lawmakers, not the general public, which put LREM at a disadvantage because the party was only formed in April 2016 and is not implanted nationwide.

But Macron's top team had once hoped to increase their presence in the upper house from the 29 seats they controlled, comprising lawmakers who had switched over to the party.

“We would have liked to do better,” the head of LREM's group in the Senate, Francois Patriat, admitted.

The Republicans were the main winners, now set for 159 seats after the election, up from 142 presently. “It's really good news,” senior figure Bruno Retailleau commented before the final results.

Laurent Wauquiez, a candidate for presidency of the Republicans, welcomed the result as a “first warning” for Macron.

The Socialists limited the damage despite their crushing defeat in the presidential and legislative elections, and returned 81 senators, a loss of five seats.

The election underscores some of the challenges for LREM which was started by Macron in April 2016 as a new pro-European, pro-business political movement to support his presidential bid.

It propelled him to victory as France's youngest-ever president, and it won a landslide in the parliament's far more important lower house in June.

Since then, with Macron's approval ratings falling and the afterglow of his takeover of French politics fading, the party is grappling with the difficulty of establishing itself as a national force.

“The En Marche hurricane has not been at Category Five for a long time,” said Philippe Raynaud, a political science professor at Pantheon-Assas university, riffing on the storms that have been buffeting the Caribbean lately.

A string of policy moves have also irked the lawmakers who voted on Sunday, particularly 300 million euros ($360 million) in funding cuts for local and regional authorities.

Others are unhappy about Macron's pledge to scrap property taxes for some 80 percent of French citizens — revenues which previously went into the budgets of local administrations.

The upper house has the power to delay government bills, but in case of a deadlock the final say goes to the LREM-dominated National Assembly.

But the Senate could complicate Macron's plans to make changes to France's constitution by mid-2018, including cutting the number of seats in parliament by a third.

For that, Macron would need three-fifths of support of the two combined houses — 555 seats in total.

He currently has the backing of some 400 Assembly members — 313 from LREM — but would need to garner nearly 160 more from the Senate. As a last resort, however, he has said he would put the reforms to a referendum if necessary.