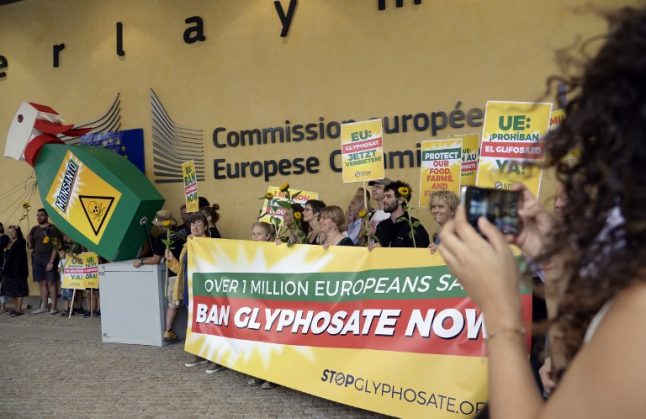 Government spokesman Christophe Castaner had said earlier Monday that France — Europe's biggest food producer — intended to phase out glyphosate completely by 2022 over fears that it may cause cancer.

But he later reversed his comments, saying that by the end of President Emmanuel Macron's five-year term “the government is committed to seeing significant progress on all pesticides”.

Glyphosate is the active ingredient in one of the world's most widely used weedkillers, Roundup, produced by the US agro-chemicals giant Monsanto.

The European Commission has proposed extending the licence for the use of the chemical for 10 years, which France has said it will vote against and try to block.

France's biggest farming union, the FNSEA, said Monday that it was “out of the question” for the country to go it alone, worrying that a French ban could put them at a disadvantage against European competitors.

“A sudden ban, no — a path for reducing it and finding solutions, if the solutions are good economically and technically, we can see it happening,” said FNSEA chief Christiane Lambert.

On Friday 250 French farmers blocked the Champs-Elysées avenue to protest against the French government's threatened ban on glyphosate. “Mr Macron wants to be the the world's Mr Clean but he is the gravedigger of agriculture,” said Frédéric Arnoult, president of Young Farmers union.

“How can we want to sell the dream to the French of a healthy diet, while they take away our means of production?”, he asked. The EU's chemical agency said glyphosate should be not be classified as cancer-causing.

But this is challenged by scientists and environmentalists who point to a finding by the International Agency for Research on Cancer that glyphosate is “probably carcinogenic”.

Some 1.3 million people have signed an online petition calling for a ban on the chemical.