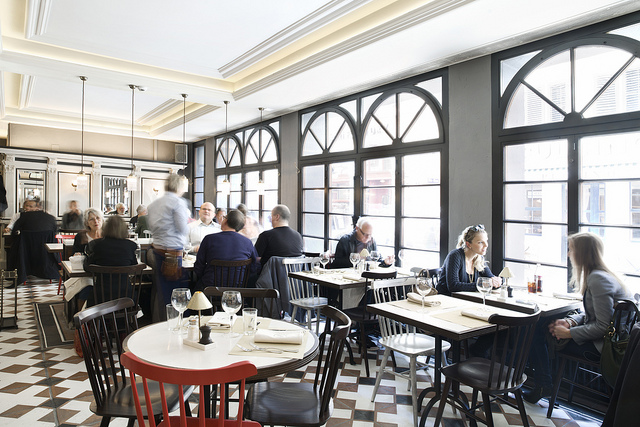 It's seven years since UNESCO gave French gastronomy a coveted spot on the world heritage list.

But in the country known for its traditional meaty dishes like steak tartare and beouf bourguignon, strong cheeses and fine wines, eating habits are definitely adapting to the modern world.

That's not say the country's reputation as the gastronomic capital of the world is under threat, but the times they are a changing.

1. Not every French cook is a Cordon Bleu chef

For a country that takes as much pride in its classic recipes as France does, you’d think the whole population would know their way around a kitchen like the back of their hand.

Though it's true recipes may have been passed down through families for generations, that tradition  of cooking them is fading away.

And nowadays, the French might not be so confident in knowing their ragout from their ragu, as a GfK survey revealed only 20% of the country think of themselves as experts in cooking.

Moreover, they only spend 5.5 hours a week in the kitchen, compared to Indians and Ukrainians who each spend an average of 13 hours a week preparing meals.

2. A French vegetarian isn’t so rare these days

France is known as the home of meat, cheese, and wine. But the French population is slowly cutting down on its intake of meat.

While vegetarians make up only 4% of the population (and there are even fewer vegans), figures reveal that 32% of French people are eating meat less often than two years ago, and 27% are drinking less milk too.

Even much-beloved McDonald’s is getting in on the act, and introducing a vegetarian burger on October 10th. 3. The French have developed an organic obsession

This year's food festival theme is “at the heart of the product”, reflecting France’s growing obsession with organic food.

The organic industry's turnover has seen a staggering 278% rise over the past decade to two billion euros a year.

And 70% percent of French people ate organic products every month last year, choosing fruit and vegetables, milk and eggs that had been reared and grown 'naturally' over those cultivated with pesticides.

4. Meals are no longer family affairs

The French are famed for their long family meals, but the latest research suggests even these are dying out.

A third of French people are now eating their meals somewhere other than at the dining table or in the kitchen.

Whereas seven years ago, 83% of the population would eat a sit-down meal with their family, just over 30% are now choosing to eat somewhere else: in the lounge in front of the TV or computer, or even in bed.

And it gets even worse: twenty years ago, the average meal time was one hour and 22 minutes. Now, it’s only half an hour.

5. The death of the long French lunch One French gastronomy expert called the sandwich “the symbol of France’s food tragedy”.

Nevertheless,  it's become a French favourite – 64 sandwiches are sold every second in France, and seven in ten French people now eat a sandwich for lunch.

France’s lunch hour used to be about going to a brasserie for a three-course meal.

Now, half of the population only takes 45 minutes for lunch, and a quarter bring their lunch in from home.

But France’s lunch break still beats most of Europe, especially Brits who only take an average of 10-30 minutes for lunch.

Take part in a Fȇte de la Gastronomie event near you from September 22nd-24th. Click HERE for event listings.