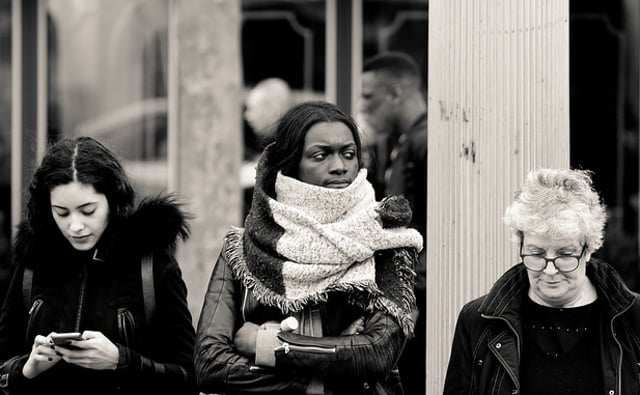 Hernán Piñera/Flickr
French and foreign women alike will all have stories of being pestered or harassed as they walked down a street in France.
One survey that made headlines revealed that 100 percent of all female respondents said they have experienced being harassed on public transport, with half saying they alter their clothes to avoid it.
Now France's secretary of state for gender equality, Marlène Schiappa, is attempting to address the issue head on and wants to make street harassment a crime.
“Women that walk down the street aren't at everyone's disposal and their bodies aren't public property,” Schiappa said.
What exactly constitutes harassment will have to be thrashed out, but it could include the age-old bad habit of wolf-whistling.
A working party was tasked on Tuesday to start drawing up legislation that will make it a criminal offence to harass someone in a public place, specifically with the country's macho-culture in mind.
The aim is to create a legal definition of street harassment and decide what the penalty will be for offenders.
“We’re in a grey zone,” said Schiappa. “Nowadays, when a woman is whistled at in the street, insulted or followed, that’s not classed as an assault or harassment because there are no elements of proof.
“There is no point filing a complaint against X because the details are not sufficient. It’s absolutely necessary to frame the situation and to get rid of the definition of harassment that we have today.”
Schiappa added: “We will create a new offence, to define its parameters, the evidence and the sanction – a spoken warning and then a fine.”
In 2015, the government attempted to address the inequality between men and women, defining street harassment as: “Wolf-whistling, commenting on physical appearance, invasive and oppressive behaviour, persistent looks, intrusive questions about their sex life and invasive invitations.”
The same year, the French public were reminded through an advertising campaign that sexual harassment is illegal, as part of the government crackdown on sex pests on public transport.
Womens' rights groups have long been pleading with the government to act against a problem that France's high council on equality said was a “poorly understood phenomenon [that is] largely downplayed or trivialised”.
Url copied to clipboard!