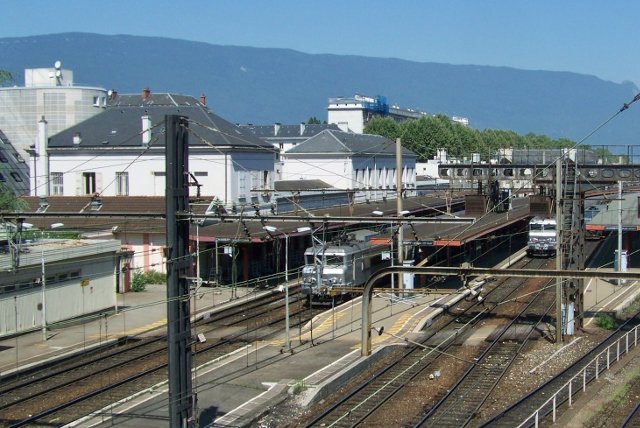 Chambery train station where the accident occurred. Florian Pépellin/WikiCommons
Caroline, an ambulance driver, thought she was about to miss her train so she tried to jump and hang on to the door handles in what she called an “Indiana Jones-style” move.
“I don’t know what came over me. I fell between the train and the platform. And once the train left, I saw my arms were on the other side of the tracks,” she told Le Parisien.
The 37-year-old was then rushed from Chambery station in the French Alps to hospital and a medical team of 10 at CHU Grenoble Alpes performed a six-hour operation to reattach her arms.
“I am indebted to the surgeons. It’s thanks to them that I have my arms,” she said.
“Really, from the bottom of my heart, a big thank you. Without them I might have been in the morgue,” she added.

At the time of the operation, one of the surgeons Michael Bouyer said: “Some movements will be problematic for her, but it will be much better than having a prosthesis.”
A month has passed since Caroline’s accident and surgery on 14th August, and she still has a long path to rehabilitation.
“I was of course very happy to see my arms again,” she said in the Le Parisien interview. Chief surgeon doctor Denis Corcella (C), assistant surgeons Billy Chedal Bornu (L) and Mickael Bouyer (R) hold a press conference at Grenoble hospital. Photo: Philippe Desmazes/AFP
“I still don’t have much feeling in my arms. I can’t move them at all. In my water therapy, I can just feel the water on the tip of my fingers.”
Doctors have told her it will take at least two years to regain movement as the nerves will be slow to grow back.
But Caroline is optimistic and hopes for a full recovery.
“I’d like to be able to tend to my vegetable patch again, to take up knitting again. It would also be great to play the piano again like before,” she said.
She added: “But what would be good for now, is to be able to eat alone, do everyday things that I can’t do at the moment. With my will and the help of the doctors, I believe I’ll get there.”
Url copied to clipboard!