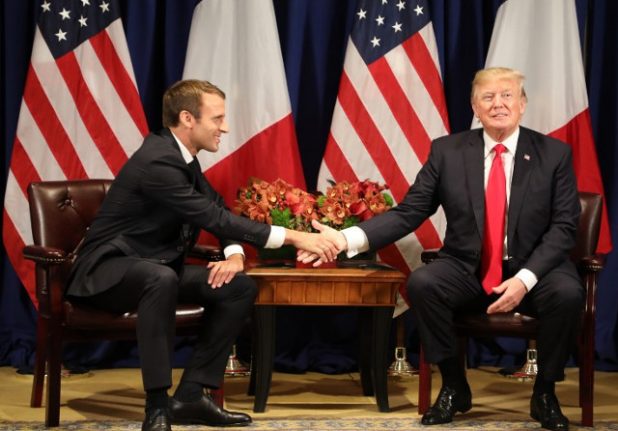 Gary Cohn, the chief White House economic adviser, reiterated Trump's opposition to the landmark accord as he met over breakfast with officials from other major economies at the start of the UN General Assembly, an annual week of diplomacy.
But French Foreign Minister Jean-Yves Le Drian, whose government has made preserving the agreement reached in the French capital in 2015 a top priority, held out hope.
“We take note of President Trump's statements on not respecting it, but for the moment no action has been taken and we can still hope to persuade him,” he told reporters.
“We have to make sure that international pressure is strong and that we do not stop the agreement from being implemented,” he said, noting that French President Emmanuel Macron has called a climate summit for December 12 in Paris.
The Trump administration has sent out mixed messages on the Paris deal in recent days.
European officials suggested after a climate meeting in Montreal on Saturday that Washington might be ready to re-engage with the pact.
That prompted a firm pushback from the White House which insisted its stance was unchanged — only for Secretary of State Rex Tillerson to assert a day later that the US was studying ways to cooperate with other countries on what, he said, “is still a challenging issue.”
Iran deal
France also stepped up global efforts to convince US President Donald Trump not to abandon the Iran nuclear deal Monday, suggesting a way could be found to prolong its effects.
Trump has signalled he is ready to declare Iran in breach of its side of the 2015 accord — which he has branded the “worst deal ever” — as early as next month.
And if the White House “decertifies” Iran's compliance, this would open the way to the US Congress reimposing sanctions and perhaps provoke Iran to itself pull out.
The other world powers — France, Britain, Germany, China and Russia — who signed the accord continue to see it as the best way to prevent Iran from building a bomb.
But Washington argues that by pursuing a banned missile program and fomenting militant violence in its region, Iran is in breach of the spirit of a weak deal.
Not all US officials share Trump's total antipathy to the pact, but they want stronger controls on Iran's ability to resume weapons development when it begins to expire.