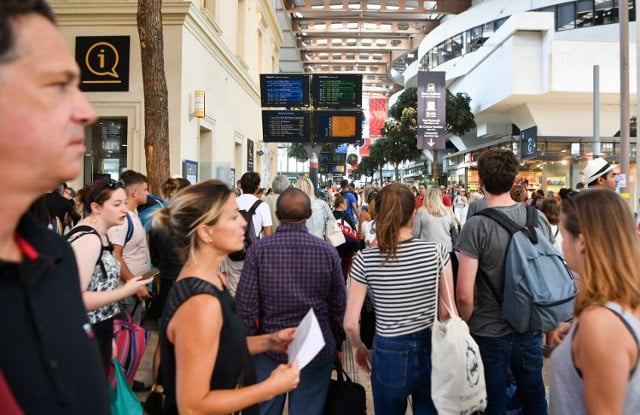 Saint-Charles train station where the attack took place. AFP
The attack occurred inside the Mediterranean port city's Saint-Charles train station at around 9.00 am.
The woman sprayed the tourists in the eyes, the source said, adding that she targeted the people closest to her and that the incident “was not of a terrorist nature”.
The two injured tourists, both aged around 20, were travelling in a group of four. They were not targeted because of their nationality, the source added.
One of the two women was suffering from partial loss of vision. Both were admitted to hospital but were discharged in the afternoon.
The attacker was born in 1976 and was known to police for theft.
The police source said she had justified her actions by saying she herself had been the victim of an acid attack when she was younger.