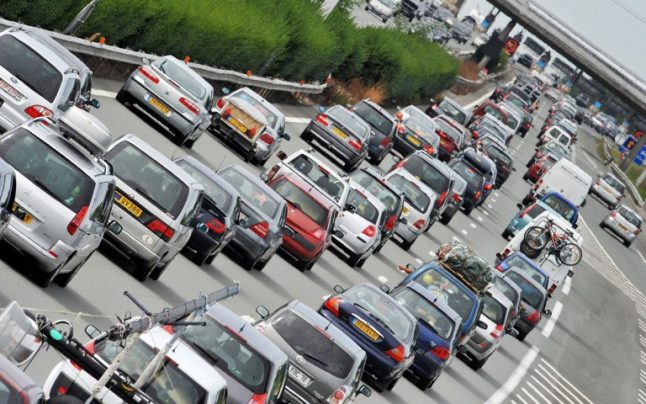 The CFDT and CFTC unions claim their industry will be hit by President Emmanuel Macron's controversial overhaul of the country's labour code.

The truck drivers fear the changes to labour laws will impact the small businesses that make up 75-80% of the profession by creating “unfair competition” between them, and reducing job security.

Monday's protests which included go-slows on motorways around France come ahead of a rolling strike by lorry drivers belonging to two other unions, the CGT and FO, that is due to begin on September 25th.

“This is a warning to the government. If we are not heard, we will not just stop here,” said Patrick Blaise, secretary-general of the French Democratic Federation of Labour (CFDT).

The lorry driver unions were keen to reassure the public that their action was not meant to create traffic jams, but instead to “alert” workers and citizens to their cause.

But drivers could face more disruption with the CGT and FO unions set to hold more strikes next week.

Secretary-general of the CGT for transport, Jérôme Vérité, said the planned protest next week would “have very concrete consequences for the French economy”.

A group of representatives from the French Democratic Federation of Labour (CFDT) union will meet labour minister, Muriel Pénicaud, to discuss the reforms on Monday..