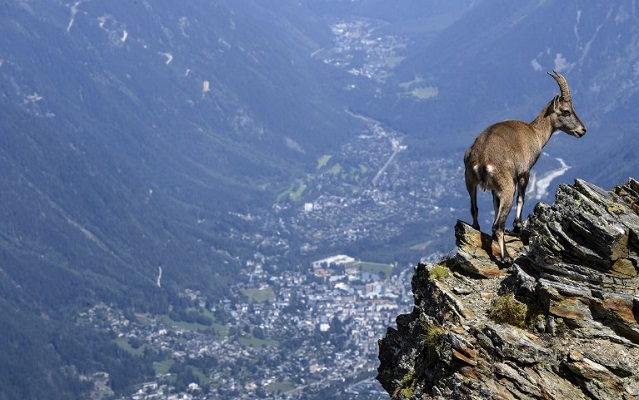 As of Thursday, the mountain's official height was 4,808.72 metres tall, according to the team of expert surveyors – one centimetre less than its measurement in 2015.

Every two years, surveyors carry out an expedition to measure the mountain, with seven people climbing the mountain and a total of 20 involved in the project altogether, aided by a GPS system and satellites to ensure they get the most accurate figure.

This year, strong winds and dense fog added to the challenge, and the team had to carry out their measurements slightly more quickly than usual, to allow ample time for their descent.

The change in Mont Blanc's size over the last two years is relatively small, considering that in the previous two-year period the mountain shrunk by over a metre. Back in 2013, it measured a whopping 4,810.02 metres.

So what's to blame for the fluctuations?

It's all to do with weather variation, and wind and rain both have an impact. Under heavier rains and lighter winds, a higher level of snow builds up, raising the ice cap by some centimetres, while the rock summit itself measures 4,792 metres.