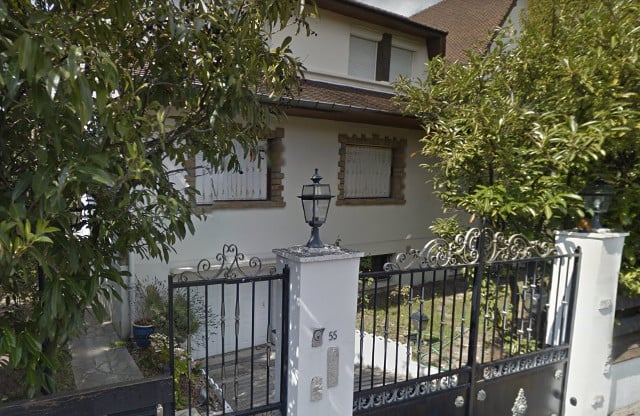 The home of the victims, where they were beaten and held hostage. Screengrab/BFM TV

Three attackers burst into the house in the Paris suburb of Livry-Gargan late Thursday, cut off the electricity and confined three members of a Jewish family, beating them and threatening to kill them, until one of them managed to escape and alert the police, said anti-Semitism watchdog BNVCA.

It said the assailants told the three victims: “You are Jews, you have money. We take money from Jews to give to the poor.”

One of the victims was Roger Pinto, the 78-year-old head of Siona, an association “defending the Jewish people and the state of Israel,” Pinto's lawyer, Marc Bensimon, said.

Pinto was kicked several times in the head and throat, Bensimon said. The other two victims were Pinto's wife, who managed to sound the alarm, and Pinto's son.

The assailants made off with jewellery, cash and credit cards, the attorney said.

Police said they had opened a formal inquiry into illegal detention, theft and extortion with violence motivated by the religious affiliation of the victims.

French Interior Minister Gerard Collomb promised a major effort to arrest those responsible “for this cowardly act (which) appears directly linked to the victims' religion”.

“Everything will be done to identify and arrest those who carried out this foul attack,” he said in a statement.

The BNVCA condemned what it called a “clearly anti-Semitic” crime.

Francis Kalifat, president of the CRIF umbrella grouping of French Jewish organisations, said “this horrible act is proof that Jews in France are particularly threatened in the street… and even in their homes.”

French Jews, the largest community outside of the United States and Israel, have been leaving France at a steady pace for around a dozen years.

The community was shocked in 2006 by the kidnapping and brutal anti-Semitic killing of a 23-year-old Jewish man, Ilan Halimi, in the Paris suburbs, which was followed by a shooting in a Jewish school in the southwest city of Toulouse in 2012.

Experts and members of the Jewish community in France say that the terror attacks in recent years — including one at a kosher supermarket in January 2015 — are not the only reason people are leaving.

Family, religious and economic reasons have also played a role in decisions to emigrate.