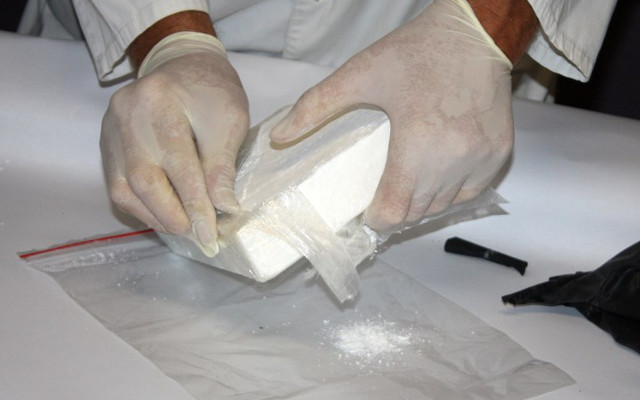 File photo: Cocaine. AFP
The months-long investigation involved intensive surveillance.
The ring was allegedly led by two men, a 39-year-old who smuggled cocaine from the French West Indies to France and a 32-year-old who brought in hash from Morocco.
The smugglers were well equipped with fake passports, encrypted cell phones, cars registered in false names, and rented apartments and parking spots in Paris.
Two members even learned to fly helicopters, paying 80,000 euros ($96,000) in cash for a course, prosecutors have said.
Police first learned of the use of “narco-torpedoes” for transatlantic drug-running in April 2014.
Agents overheard planning in the northern French port of Dunkirk for an operation to recover a “torpedo” using frogmen who would use an underwater scooter to get to their target.
A first effort to bust the ring failed, but police recovered the scent in November 2014.
This time divers were spotted in the French Caribbean island of Guadeloupe. Police quickly identified a container ship headed for Spain that they suspected had a “narco-torpedo” attached to its hull.
The ship, diverted to the French Mediterranean port of Toulon, was carrying a net holding seven kilos (15.4 pounds) of cocaine but it was torn and had lost most of its contents.
The clincher came in March 2015 in Dunkirk, above-decks this time, when some 120 kilos of cocaine was found stashed between containers.
A laboratory determined that the cocaine was similar to that seized in Toulon.
The trial in the western Paris suburb of Nanterre is expected to last a month.
Six suspected members of the crime ring remain at large.