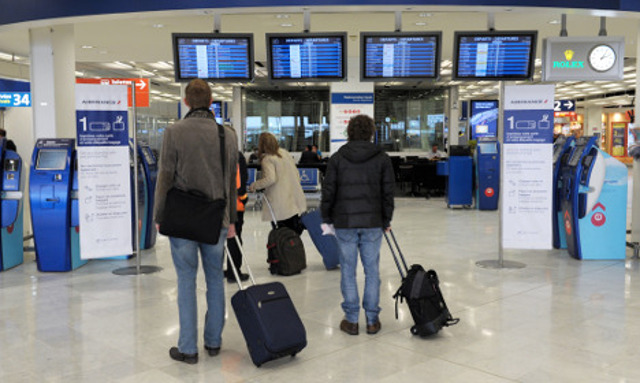 Soon after those jihadist attacks that left 130 dead, management from the Securitas security firm summoned several male staff members working for it at Orly, all of them Muslim and all of them bearded.

They were told that with passengers on edge, it would be appreciated if they could all trim or shave off their beards to adhere to the firm’s strict grooming policy.

Most of the men, who worked at the security points where passengers and their hand luggage are screened, complied, but four did not, and launched discrimination complaints.

Their case is to be heard on Thursday at an industrial tribunal in Bobigny in the northern Paris suburbs.

“They’d had beards for years and then suddenly that becomes a problem,” their lawyer, Eric Moutot, told 20 Minutes news website.

The men were suspended a week after refusing to shave and some months later received a letter telling them they were sacked.

Securitas denies any discrimination, and argues that the ex-employees simply refused to adhere to company rules stating that facial hair needed to be kept short and well-groomed.

The tribunal hearing is likely to be dominated by arguments over what length of a beard is “acceptable” and whether a beard can be considered a religious symbol.

The European Court of Justice ruled in March that companies should be allowed to to ban their staff from wearing visible religious symbols.

Security was tightened at Orly airport in the wake of the November 13th attacks in Paris, with authorities screening all workers at the two Paris airports – Charles de Gaulle and Orly.

They decided to revoke “secure zone access” to almost 70 workers, with the head of Aeroports de Paris citing the main reason as “cases of radicalization”.

Around 85,000 people have access to the secure zones, for example baggage handlers, aircraft cleaners and suppliers working for airlines or sub-contractors.