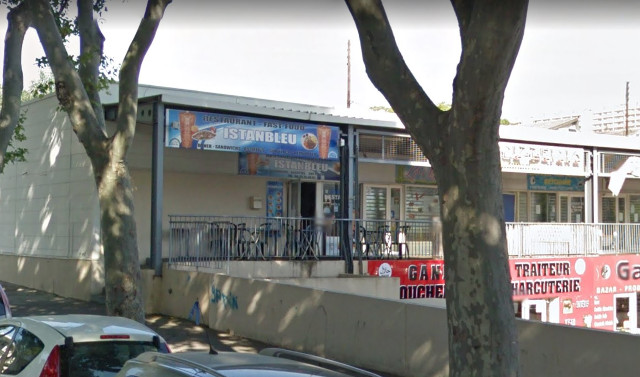 Screengrab/Google streetview
The shooter was one of four men who arrived on Sunday evening at the Istanbleu fast food restaurant in the north of the city, where young men are regularly shot dead in drugs-related gangland killings.
When their order failed to materialise as quickly as they would have liked, they got into an argument with the owner about his establishment’s allegedly slow service before walking out and vowing to settle their scores with the staff later.
The owner of the restaurant declined to give details when contacted by The Local, but media reports said that about an hour later a man with a pistol burst into the restaurant and fired six bullets before his gun jammed and he was overpowered by the staff.
He managed to get free and ran out of the restaurant, where an accomplice on a motorbike fired his own gun at the shop before making off with the other shooter on the back of his bike.
When police turned up both shooters were long gone. Officers found the pistol on the floor of the restaurant along with six bullet casings. The restaurant worker who had been hit in the leg initially hid from the police because he was an illegal immigrant.
But later in the evening he emerged and was taken to hospital for treatment for his non-life threatening injuries.
Url copied to clipboard!