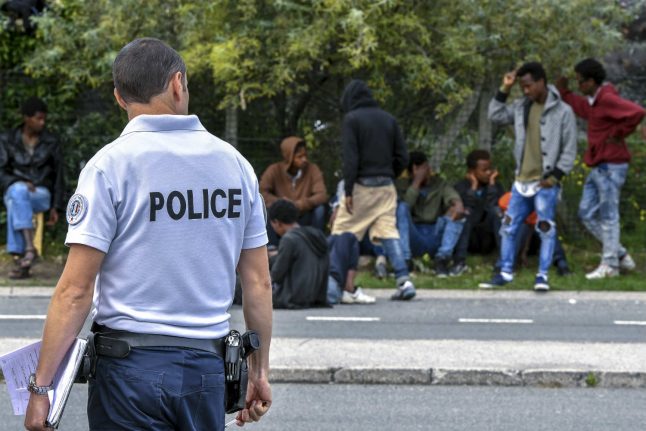 Calais is a magnet for people aiming to reach Britain, a short distance across the Channel.

“Our British colleagues had opened only nine out of 14 lanes this weekend though we expected 9,000 vehicles in the Eurotunnel and 7,500 at the port,” local deputy police chief Jean-Philippe Vennin told AFP.

He said the lane shortages considerably slowed down traffic on the main A16 motorway and at about 4:30pm, around 50 migrants “took advantage of the bottleneck to board a few trucks”.

An AFP correspondent on the scene said there were about 60 migrants waiting near the motorway.

Police engaged “in a game of cat and mouse” and used tear gas to disperse the migrants, said Vennin.

Three officers were injured in the clashes, a union source said, but gave no information on whether any migrants suffered injuries.

Migrants who successfully climbed onto a truck were then chased away by the driver after being alerted by nearby motorists, the source added.

The A16 motorway is the principal artery for freight and passengers heading for Britain either via the Channel Tunnel or the Calais port.

French authorities shut down the notorious “Jungle” camp there last October, which at its height was home to some 10,000 people living in dire conditions.

Despite the camp's closure, the French town remains a springboard for migrants trying to reach Britain by stowing away on lorries heading into the Channel Tunnel.

Fighting and attempts to break into trucks heading for Britain are regular problems for the police there.