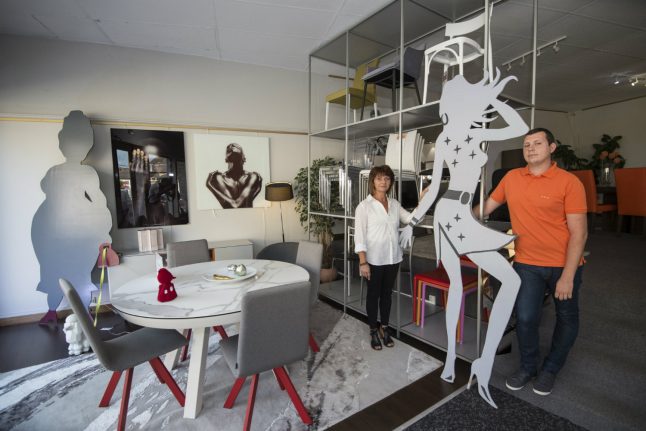 The Council of State ruled that while the cutouts “could be seen as conveying stereotypes that demean women” the exhibition did not constitute a “serious breach…of the right to respect for human dignity.”

The 65 life-size silhouettes installed around the eastern town of Dannemarie as part of a “women's year” had divided residents.

One depicted a woman in high heels sitting astride a chair and another a woman sitting on the ground with one knee raised and her back arched.

Others depicted pregnant women, women carrying babies, women carting shopping bags or striding down the street in a short skirt.

Feminist groups argued that they were sexist.

But many locals had taken them to their bosom and took them into their homes after a Strasbourg court in early August ordered they be removed.

The Council of State overturned that ruling.

READ ALSO: Will Paris be the next city to crack down on 'manspreading' on the Metro?