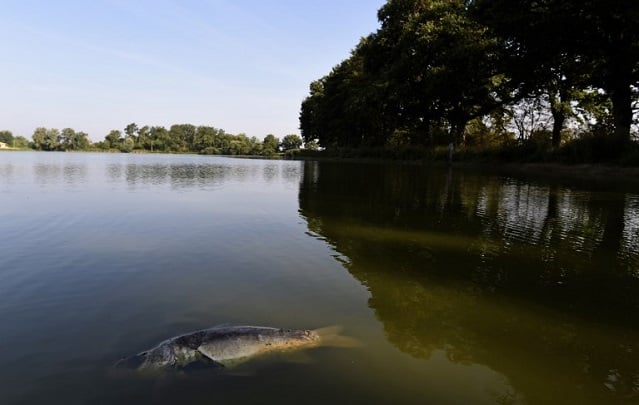 The local fishing federation said it would lodge a legal complaint against the Lactalis factory in Retiers (Ille-et-Villaine) after large numbers of fish were found dead along an eight-kilometre stretch of the Seiche river.

The foundation's president, Jérémy Grandière, said there was also a terrible stench owing to the “thousands” of dead fish.

Speaking to FranceTVInfo, Grandière said that the fish still alive in the river were “doomed”.

A problem at the factory's wastewater treatment plant in mid-August meant an abnormal amount of lactose was released into the river, reducing oxygen levels.

And the situation may have been worsened by the drought the area has experienced over the summer, which has caused problems in other waterways across the country. In west-central France, at least nine dogs were reported dead after swimming in the River Loire, which was found to contain toxic bacteria.

The Ille-et-Villaine prefecture said it had taken “immediate” measures to mitigate the problem, by removing the dead fish, diverting the spills to retention ponds and adding more, uncontaminated water to dilute the river.

State agencies have also been informed and the French Agency for Biodiversity was monitoring the situation, with levels of pollution reported to have already significantly reduced.

An external company began cleaning the water on Tuesday, according to FranceTVInfo, however the process was expected to take several days, with a 17-kilometre stretch of the river affected by the pollution.