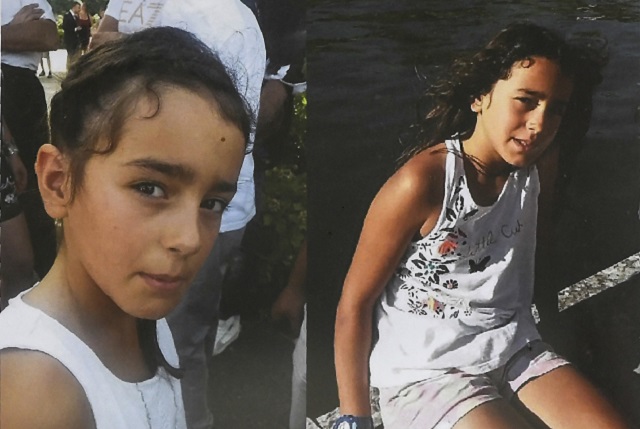 Maelys de Araujo. AFP
Another 60 police joined teams on the ground searching around the village of Pont-de-Beauvoisin where Maelys de Araujo disappeared at 3:00 am (0100 GMT) on Sunday morning.
“We'll be going through every tuft of grass and every nook. The idea is to go over the whole surrounding area with a fine-tooth comb,” one of the policemen told AFP without giving his name.
There are now around 150 people involved in the hunt including local police, search and rescue teams, divers and cavers who are all checking the heavily-wooded and rocky terrain for signs of the girl.
READ ALSO: Police search for evidence. AFP
Three sniffer dogs all lost the scent from Maelys's cuddly toy at the same spot in the car park outside the venue, police have said, raising fears she had got into a vehicle and has been kidnapped.
So far, police have interviewed 140 of the 250 guests at the wedding, with partygoers from two other events in the area also being questioned by investigators.
“The unthinkable has happened. I'm devastated,” Pont-de-Beauvoisin mayor Michel Serrano told AFP on Tuesday.
The parents of the girl, who have another daughter and live in a different village close to the border with Switzerland, have been offered counselling by local authorities.
Guests at the wedding have described how the party ended with people searching for the girl once her parents realised she had vanished.
Url copied to clipboard!