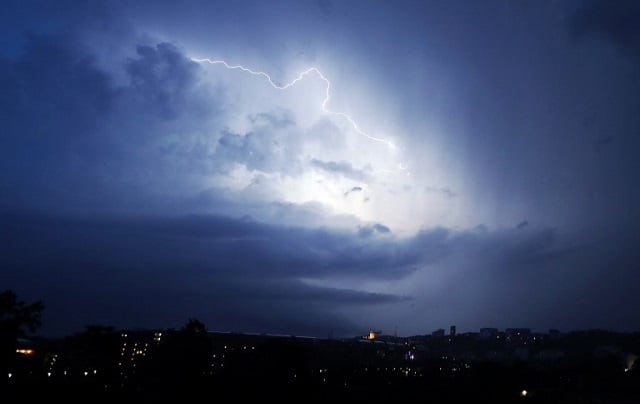 While four departments remain on alert for high heat, 19 across the east of the country were set for thunderstorms on Wednesday as temperatures dropped nationwide. Under the orange alert level, members of the public are advised to be “very vigilant”, especially if travelling or participating in leisure activities. Residents were also warned to avoid using the telephone or electric appliances during storms.

Meanwhile, much of the rest of France, apart from parts of the north-west and south-east, were on yellow alert (the second level out of four) for storms.

The departments still on alert for heat were Jura, Saone-et-Loire, Loire and Rhone.

The alerts are set to remain in place until 6am on Thursday.