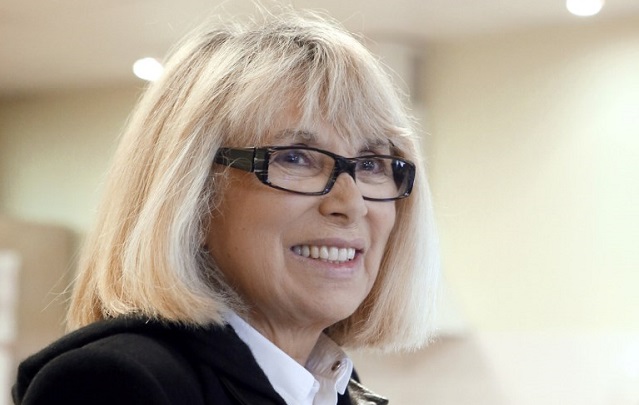 Mireille Darc, a star of French cinema in the 1970s who caused a sensation in a plunging backless gown in “The Tall Blond Man With One Black Shoe”, died on Sunday night at age 79, her agent said.

Darc passed away at her home in Paris, surrounded by family and friends, including her longtime companion and fellow actor Alain Delon — the great love of her life with whom she starred in six films.

French movie-goers were particularly fond of the willowy actress with the sleek blonde bob who battled ill health throughout her life.

A sex symbol in her heyday, forever associated with the Givenchy dress which left comedian Pierre Richard agape in Yves Robert's farcical 1972 Tall Blond Man, she mainly starred in TV films from the 1990s on.

Born Mireille Aigroz, she took the surname Darc in a nod to warrior-saint Joan of Arc when she started out as an actress, fighting for roles.

In later life, she slipped behind the camera to make documentaries on cancer, prostitution and homeless women among other topics.

READ ALSO: The must-see French films of the millennium