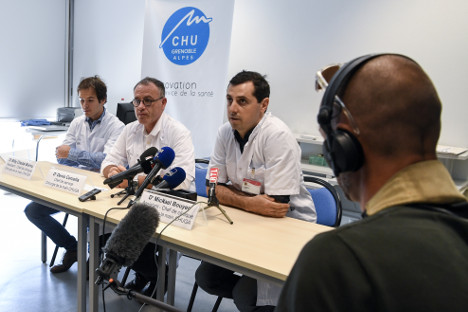 The 30-year-old victim lost both arms above the elbow after falling between a train and the platform at the Chambery station in the foothills of the French Alps in mid-August.

Quick-thinking medics who arrived on the scene shortly afterwards were praised for helping preserve her arms by wrapping them in sterilised material and ice before transferring them quickly to hospital.

Two hours after the accident, a medical team of 10 at a hospital in the nearby city of Grenoble began the operation to reattach the limbs.

“The muscles can't be reactivated completely so some movements will be problematic for the patient, particularly with her hands,” surgeon Michael Bouyer from the CHU Grenoble Alpes hospital told reporters on Friday.

“But it will be much better than having a prosthesis”.

The first operation to reattach two arms was carried out in Germany in 2008 and similar operations have been performed in China and India since.

Bouyer said the patient was “doing well” and, once recovered, would need between 18 months and two years of physiotherapy to regain movement in the damaged limbs.

By Benoit Pavan and Julia Pavesi

In celebration of the TGVs landmark birthday, Emmanuel Macron and Jean-Pierre Farandou – President of the SNCF, France’s national railway company – were on Friday at the Gare de Lyon in Paris to unveil the ‘TGV of the future’.

In front of a full-scale model of the new TGV M, Macron hailed a prime example of “French genius” and promised to unlock €6.5 billion to develop the TGV network, including new lines serving cities such as Nice and Toulouse. “We’re going to continue this grand adventure with new industrial commitments,” since more people are looking beyond metropoles to smaller cities – an apparent allusion to post-Covid prospects.

“We see clearly that life and work are going to be restructured, and that our fellow citizens today want to organise their time for living and time for working differently,” he said.

The streamlined version of the bullet train promises to carry more passengers – up to 740 passengers from 600 – while using 20 percent less electricity.

It will continue to whiz people between cities at a top speed of 320 km/h, making most door-to-door trips shorter and cheaper than on airplanes.

To celebrate the birthday of the TGV (which in French is pronounce tay-shay-vay) blowing out its 40 candles, here are a few fun facts about the super-speedy trains.

Patrick  – That’s the name of the first TGV. Built in 1978 and set into action in 1981 on the Paris-Lyon line, the bright orange Patrick travelled some 13.5 million kilometres before taking his well-earned retirement last year.

0 – That’s how many passengers sit aboard the IRIS 320, which travels some 1,500 km every day. Laden with cameras and scanners, this 200-metre-long TGV rapidly inspects the state of the TGV’s train lines in order to ensure travellers’ safety and security.

€7 – That’s how much it costs to take a small pet – including a snail – on the TGV. Animals, even tiny ones, need their own tickets. In 2008 a TGV passenger fined for carrying live snails in his luggage without a ticket for his animals, although the fine was later waived after the story received national attention.

240 – That’s the number of stations served by the TGV network. 183 of these stations can be found in France. The others are located in Germany, Belgium, Spain, Italy, Luxembourg, Monaco, the Netherlands, Switzerland and the United Kingdom.

3 billion – That’s how many travellers the TGV had hoped to reach by the end of 2021. The pandemic may have derailed their plans slightly, but the service is still looking strong. The network served it’s 2 billionth passenger in 2012, just over 30 years after its launch.

1947 – the last year without a single recorded strike on the rail network in France. And that doesn’t necessarily mean that pre-1947 was a golden age of industrial relations – just that SNCF’s records are incomplete before then. 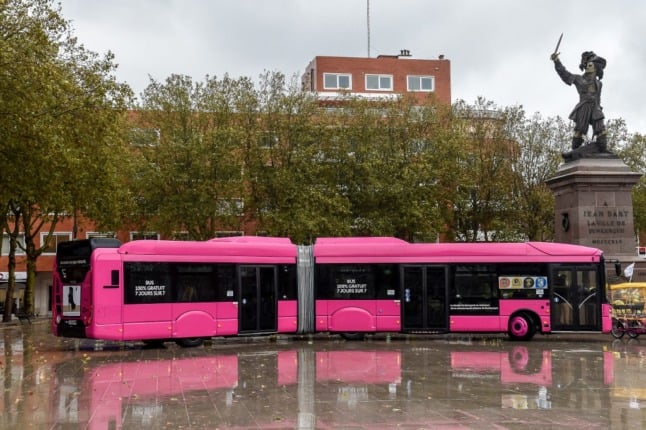 TRAIN
Where in France can you travel on public transport for free?
Url copied to clipboard!