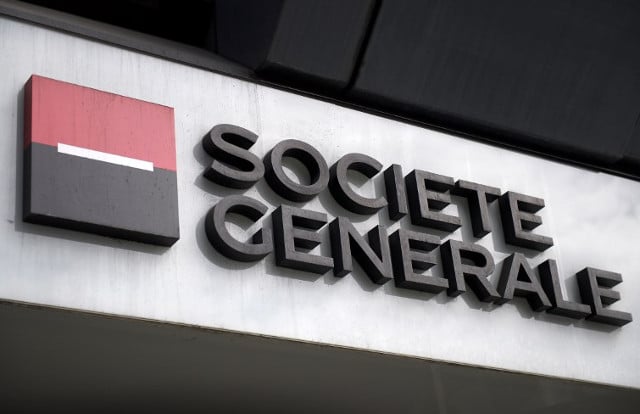 AFP
Danielle Sindzingre, 54, and Muriel Bescond, 49, both of France, allegedly used their positions at the bank's offices in Paris between 2010 and 2011 to submit false information used in calculating the so-called London Interbank Offered Rate for US dollar transactions, the department said in a statement.
The pair were charged with four counts of transmitting false reports concerning market information affecting a commodity and one count of conspiring to transmit such reports.
The indictment was handed down at a federal court in Brooklyn, New York.
“The allegations in today's indictment suggest complete and total disregard for the integrity of the financial markets and for innocent consumers and everyday people whose personal finances hinge on the interest rates they pay on various loans,” Kenneth Blanco, acting head of the department's criminal
division, said in a statement.
The alleged manipulation resulted in more than $170 million in damage on global financial markets where transactions occurred based on manipulated rates, according to the department.
Prosecutors say Sindzingre and Bescond instructed subordinates to submit artificially low contributions toward the daily calculation of LIBOR rates, which are based on submissions from multiple banks.
This created the false appearance that the bank could borrow at more favorable rates and on numerous occasions this misinformation influenced the daily LIBOR “fix,” in particular affecting Eurodollar futures traded on the Chicago Mercantile Exchange in the United States.
American officials have aggressively pursued LIBOR manipulation cases in recent years, extracting billions in fines and settlements from global financial institutions.
A US court in March ordered a unit of the German lender Deutsche Bank to pay $150 million as part of a global $2.5 billion LIBOR manipulation settlement reached in 2015 with authorities in Washington, London and New York state.
British authorities said last month they expect LIBOR to be phased out by 2021.
Url copied to clipboard!