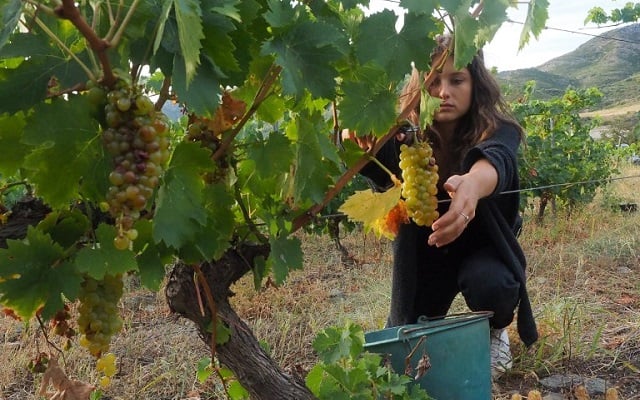 “The 2017 wine harvest is expected to be 37.2 million hectolitres, which is 18 percent less than 2016 and 17 percent below the average over the past five years,” the agriculture ministry said, echoing warnings from winemakers.

Jerome Despey, the head of a governmental wine advisory board, told AFP last week he expected a 40 percent drop in output in the prime wine-growing region of Bordeaux, the country's largest.

In 2016, the sector had already suffered one of the poorest harvests in 30 years.

The new drop in production is “mainly attributable to the severe spring frost that affected all the wine-growing regions to varying degrees at a sensitive time for the vine,” the agriculture ministry said.

The bitter cold struck twice within a week in April, ravaging the fragile shoots and buds that had emerged prematurely following mild temperatures in March.

To combat the frost, nervous winemakers in Bordeaux set fires in oil drums, then positioned them carefully between the rows of budding grapevines. Giant fans were also deployed to battle the cold, damp air settling on the plants.

Output there is expected to fall 30 percent, said Despey, who is also secretary general of France's biggest farmers union, the FNSEA.

The Loire valley also suffered, while in the south an exceptionally dry summer accelerated maturation but resulted in smaller grapes that are expected to yield a memorable vintage.

Winemakers in parts of the southeast have begun harvesting the grapes, about two weeks earlier than usual.

Some losses are also anticipated in the Burgundy region, where the grapes have been repeatedly hit by hail in recent years.

In the five years to 2016, hail knocked out as much as 50 percent of Burgundy's harvest, according to the Global Wine Risk Index.

A variety of strategies have been used to try to limit frost damage. Wind machines are also used to keep frost from setting in, while water sprinklers allow a fine coating of ice to form on vines that act as mini-igloos and keep them from freezing through.

READ ALSO: Meet the woman who decides which wine the French presidents drink