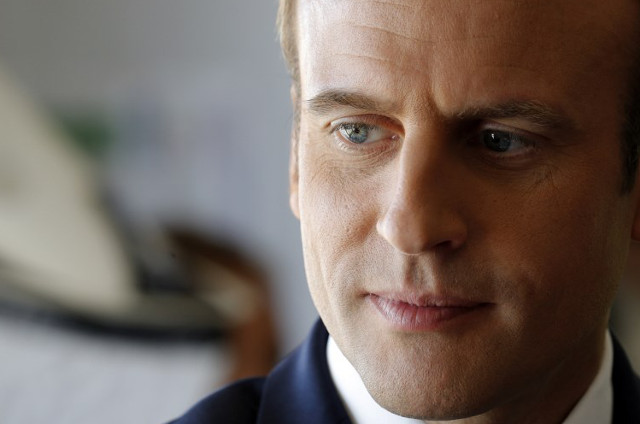 AFP
The main focus of the trip to Austria, Romania and Bulgaria will be his push to change a controversial EU regulation allowing companies to send workers to other members states without paying local social charges.
Macron, elected in May, has promised to overhaul the so-called Posted Workers Directive because it is used by eastern Europe companies to undercut their rivals in wealthier members such as France.
For example, it enables a Polish firm to win a contract in France and then send Polish workers to carry out the work without having to pay French social charges, which are higher than in Poland.
“It's a sensitive issue in all our countries, particularly in France but not only there,” said a French diplomat on condition of anonymity. “It's about how people perceive economic competition in Europe.”
READ ALSO: Foreign companies competing unfairly with French ones is seen by Macron as a driver of anti-EU sentiment which helped the eurosceptic far-right and far-left to record scores in France's elections earlier this year.
“Do you think I can explain to the French middle classes that companies are closing in France to relocate to Poland because it's cheaper there and that here (in France) construction companies are employing Polish workers because they are less expensive? This system doesn't work,” Macron said in June.
'Protective Europe'
Reforming the directive is one part of the 39-year-old centrist's broader push to create a new “protective Europe” that helps shield citizens from the effects of cut-throat international competition.
He is also pushing for a new mechanism to screen non-EU investments, particularly from China, into strategic areas of the European economy, as well as tougher measures to block the dumping of cheap imports on the continent.
Other strands include creating a “Buy European Act”, which would oblige EU governments to buy more from companies that manufacture inside the bloc.
Pierre Vimont, a former French diplomat and senior fellow at the Carnegie Europe think tank, called changing the Posted Workers Directive “a symbolic case” for the president.
“Macron needs to deliver for French public opinion,” he added. A recent survey showed only 37 percent of people were happy with Macron's performance in office so far.
Macron will meet the leaders of Austria, Romania and Bulgaria as well as the Czech Republic and Slovakia.
Austria backs Macron but the others will need to be convinced of his proposals for posted workers to be limited to jobs lasting 12 months, half the period proposed by the European Commission.
France also wants greater efforts to fight fraudulent use of the directive, which was used to employ 286,000 people in the country in 2015.
Resistance in the east
Notably absent from the French president's tour are meetings with the hard-right and conservative leaders of Hungary and Poland, with whom Macron has clashed repeatedly.
Poland is the country that benefits most from the Posted Workers Directive, with an estimated 500,000 of its nationals employed by Polish companies in other EU members.
Macron will host his counterparts from western Europe in the coming weeks.
His German counterpart Angela Merkel as well as the Spanish and Italian prime ministers will be in Paris on August 28, followed by the Dutch Prime Minister Mark Rutte on August 31.
Paris and Berlin are “completely” in agreement, according to French diplomats.
Franco-German unity is seen as a pre-requisite for a deal which France is hoping to reach at an EU summit scheduled for October 19-20 in Brussels.
Macron's “protective Europe” agenda is merely the start of his ambitious plans for the EU which he promised would be “reformed and relaunched” during his inauguration in May.
He wants much deeper integration of the eurozone, including giving the 19-country currency bloc its own budget, finance minister, parliament and borrowing capacity.
“The real test at the European level will be discussions about the future of the eurozone,” said Nicolas Veron, a senior fellow at the Bruegel Institute in Brussels. “And also the issues about controlling borders and refugees, and European defence.”