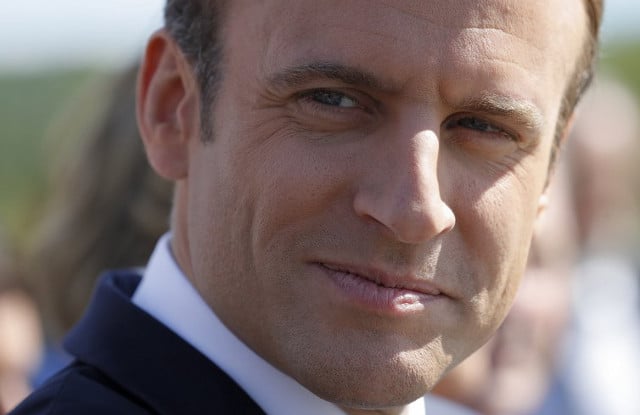 AFP
Injecting more flexibility into France's labour market was one of the central planks of Macron's election campaign, part of his bid to drive down unemployment of 9.5 percent.
The centrist former investment banker wants to give employers more power to negotiate conditions with workers at the company level, rather than being bound by industry-wide agreements negotiated by trade unions.
READ ALSO: AFP
He also wants to cap the compensation awarded by courts in dismissal cases.
But any attempt to dilute worker's rights risks running afoul of the left.
The militant CGT union and the hard-left France Unbowed opposition party have already called for protests in September, even though the reforms — which were negotiated over the summer with both unions and business leaders —  are still a work in progress.
On Tuesday, the labour ministry will present a first draft of the changes to the Medef employers federation, followed later in the week by trade unions.
The final version of the reforms, which will be implemented by decree to avoid the lengthier process of passing a law through parliament, will be unveiled on August 31.
The government has promised to offset concessions to employers with greater financial security for workers.
While companies will, for instance, find it easier to lay off staff during a downturn, jobless workers will receive higher payouts.
Many of the more contentious proposals are still under discussion, however, such as allowing employers to bypass unions in putting changes to a workers' ballot and allowing multinationals whose French operations are struggling to lay off staff, even if the group as a whole is profitable.
In attempting to revise France's highly protective labour laws Macron is treading on a political minefield.
Ex-president Francois Hollande's Socialist government sparked months of at times violent protests by pushing through a labour bill last year that was far less ambitious than that of Macron.