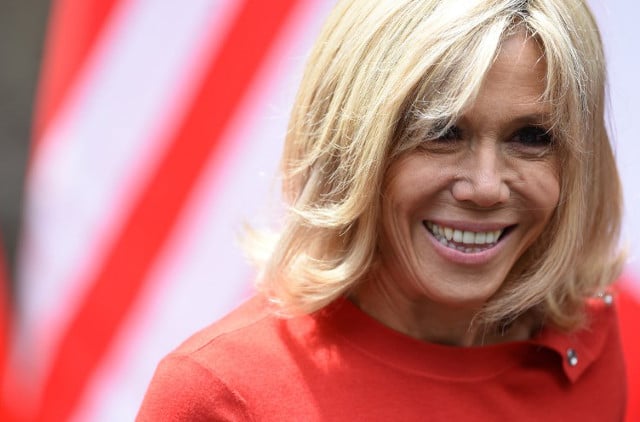 AFP
A proposal by Macron during campaigning earlier this year to create a new First Lady status for her has been shelved following an outcry, but the presidency had promised to clarify her position and the resources at her disposal.
A statement from the presidency said she would “represent France at her husband's side during international summits and meetings” and would also organise meetings at the Elysee Palace.
Her work would involve supporting charities and meeting regularly with representatives from organisations working in the fields of education, disabilities, health and child protection.
READ ALSO: “It's not a legal status but a commitment which concerns Brigitte Macron for the duration of Emmanuel Macron's term in office and will not be binding for her successors,” said a source close to Brigitte Macron, asking not to be named.

An online petition against creating a First Lady role — which would have required a change in the law or constitution — garnered more than 300,000 signatures and an opinion poll in early August showed a majority of French people were also opposed.
Macron promised a “transparency charter” instead, which would make clear how much the role would cost.
Brigitte Macron will have her own cabinet and two presidential advisors working for her, paid for from the president's budget for his own staff, the statement said on Monday.
It did not reveal the overall cost or the total number of staff at her disposal.
Url copied to clipboard!