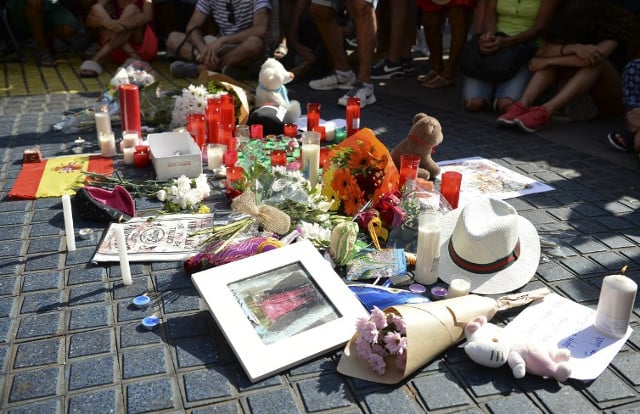 Flowers, messages, stuffed toys and others items displayed on the Rambla boulevard. Photo: AFP
Eighteen of the French nationals affected in Thursday's attack are hospitalised, with eight of them, including four children, in a serious condition, Le Drian announced on Friday evening.
The number has gone up since Friday morning when 26 French were believed to be among the injured.

So far 14 people have been confirmed as killed in the attack, which was claimed by Isis just hours after it took place at around 5pm. Three Germans and one Belgian were listed among them.
People from 34 countries are listed among the victims.
The attack was swiftly followed by another car-ramming attack south of Barcelona, in the seaside resort of Cambrils. Seven people were injured by the car, before police police shot five terrorists dead.
French President Emmanuel Macron voiced solidarity with Spain on Thursday after a deadly van rampage in Barcelona.
“We remain united and determined,” Macron said on Twitter, describing it as a “tragic attack” and saying his thoughts were with the victims.
As a mark of respect for the victims, the Eiffel Tower's lights were turned off on the evening the attacks took place.

Follow the latest developments on the attack on The Local Spain HERE. 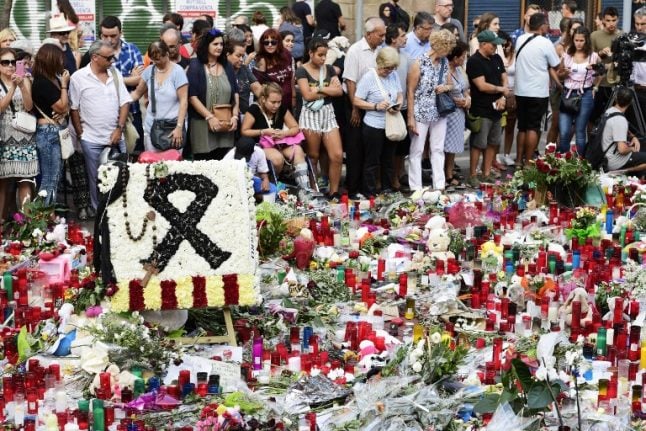