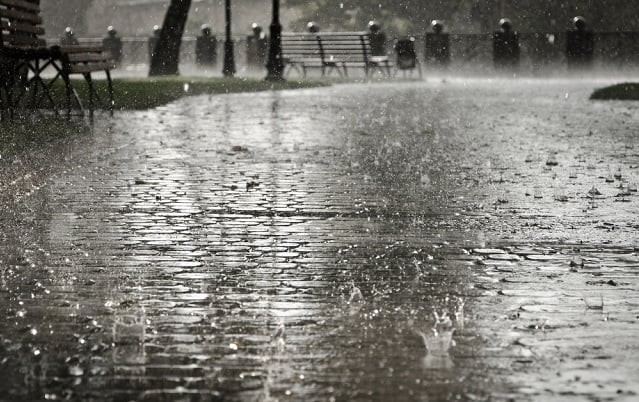 On Wednesday evening, Draveil's mayor sent a request to the local prefecture for recognition of the city's state of natural disaster, a move which would make more funding and resources available to those affected.

Draveil, 20km outside the French capital, was hit by thunderstorms on Tuesday night which saw a month's worth of rain fall in just half an hour.

In total, 55mm of rain hit the town, causing considerable flooding damage to hundreds residential and public buildings, according to a report in Le Parisien.

Around 50 firefighters responded to more than 300 call-outs in the area, working to secure homes while many residents were away on holiday. Map showing the position of Draveil.

It's been a summer of unpredictable weather in France, with the country often split by forecasts promising heatwaves for some and storms for others.

The past few weeks have seen France battle blazing wildfires brought on by extreme heat coupled with dry weather and high winds, and suffer through a gloomy July, particularly in the north where some outdoor events and even beaches were closed due to rain, while downpours left Paris Metro stations flooded.

Most of the country experienced significantly less sunlight than usual this July, with more than a 25 percent drop in hours of sunlight in areas including Bordeaux, Limoges, and Nouvelle-Aquitaine.

And thunderstorms at the beginning of August saw several teenagers and British holidaymakers struck by lightning.